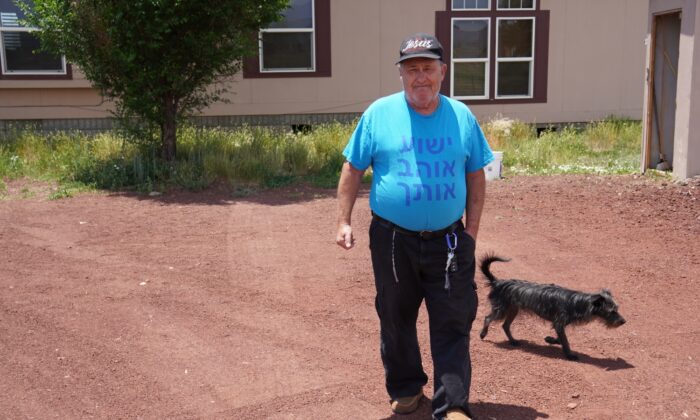 Daniel J. Miller, 61, of Parks, Ariz., and his dog Buddy go for a walk on July 8 in front of their house. Miller said he won't take the COVID-19 vaccine even if federal employees come knocking at his door. (Allan Stein/The Epoch Times)
By Allan Stein