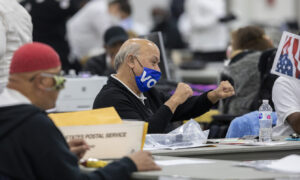 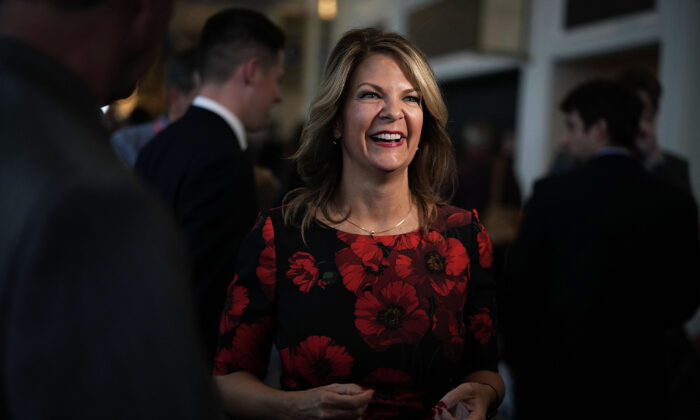 Arizona Republican Party Chairwoman Kelli Ward announced on Dec. 2 that a court-ordered inspection of 100 duplicate ballots found that two votes were discovered to have been altered and removed from President Donald Trump’s total.

The findings are part of a Republican lawsuit that seeks to reverse Democratic presidential candidate Joe Biden’s lead in the state.

In today’s update, Chairwoman @kelliwardaz announces the findings from our investigation of 100 duplicate ballots, in which TWO votes were discovered to have been altered and removed from President @realDonaldTrump‘s total. pic.twitter.com/6Dg9zd2XGd

Ward filed a lawsuit contesting the election results and is looking for irregularities among the nearly 28,000 ballots in Maricopa County that were duplicated by elections officials because voters’ earlier ballots were damaged or couldn’t be tabulated.

The chairwoman requested a broader examination of the ballots after her team’s initial investigation found two Trump votes canceled in the duplication process.

“Of the one hundred (100) duplicate ballots that were inspected and compared to their ‘originals,’ a ballot was identified where the original was clearly a vote for Trump, and the duplicate ballot switched the vote to Biden’s,” a motion filed later in the case stated.

“A second ballot was also identified on which the original ballot was clearly a vote only for Trump, but the duplicate ballot had a vote for both Trump and a ‘blank’ write-in candidate, causing the ‘Trump’ vote to be canceled (due to an ‘over-vote’).

“There were no errors observed in the sample which granted a vote to Trump, or which canceled out a Biden vote.”

Before the judge could rule on Ward’s request at a court hearing, the county offered to review 2,500 additional duplicated ballots.

“We put on a great election on Nov. 3, and we are happy to have people look more closely at it,” said Tom Liddy, a lawyer representing county officials. “We have nothing to hide.”

A trial has been scheduled for Dec. 3 in Ward’s lawsuit.

Trump announced on Twitter on Dec. 2: “In Arizona, it turns out that 3% of the votes cast in the 100 count vote sampling were tainted or worse. This would be, if carried forward, approximately 90,000 votes more than we would need to win the State. Now we were granted a much larger sample to work with. Wow!”

According to the state’s website, Democratic presidential candidate Joe Biden beat Trump by about 10,500 votes out of 3.4 million cast. Trump won Arizona in 2016 over Hillary Clinton by about 91,000 votes.

Late Wednesday, attorney Sidney Powell filed a lawsuit in federal court on Dec. 2, alleging that at least 400,000 illegal ballots were counted in the state’s general election, and that Dominion Voting Systems software created security risks and statistical anomalies in the election results.

The 53-page complaint, filed by former federal prosecutor Powell on behalf of the state’s 11 GOP electors and others, alleges software manipulation and other fraud in the state “as set forth in the affidavits of eyewitnesses and the voter data cited” that violates the U.S. Constitution and Arizona’s own election laws.

Ducey and Hobbs are listed as defendants in the lawsuit. They have challenged claims of election fraud, saying all voting machines were certified by a federal commission and reviewed by state officials, that credentialed poll observers witnessed all ballot tabulating, and cameras were in ballot tabulation centers with live streams able to be viewed over the Internet.