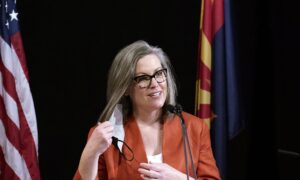 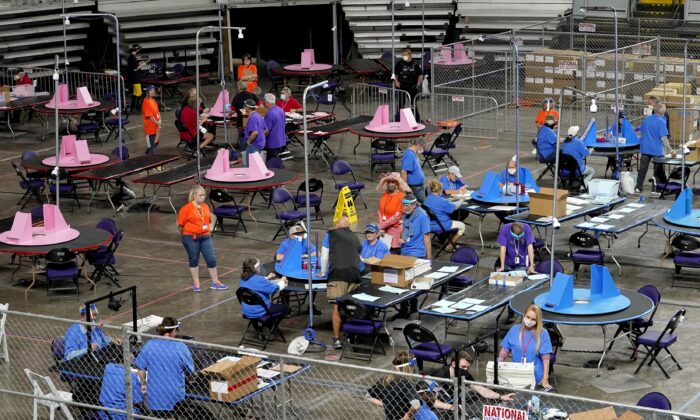 Arizona Attorney General Mark Brnovich told the Department of Justice (DOJ) that his office “will not tolerate” any efforts to thwart the 2020 election audit currently underway in Maricopa County, the state’s largest county.

“My office is not amused by the DOJ’s posturing and will not tolerate any effort to undermine or interfere with our State Senate’s audit to reassure Arizonans of the accuracy of our elections,” Brnovich told U.S. Attorney General Merrick Garland in a letter on June 14. “We stand ready to defend federalism and state sovereignty against any partisan attacks or federal overreach.”

Garland had announced on June 11 that the DOJ “will double the division’s enforcement staff for protecting the right to vote.” The DOJ is also scrutinizing new laws that Garland said “seek to curb voter access” and “will apply the same scrutiny to post-election audits.”

Brnovich, citing the 10th Amendment and the election provisions in Articles I and II under the U.S. Constitution, told Garland that his statements were “troubling” and “displayed an alarming disdain for state sovereignty.”

The Republican attorney general also criticized the contents of a previous DOJ letter issued to Arizona Senate President Karen Fann. Pamela Karlan, principal deputy assistant attorney general with the DOJ’s Civil Rights Division, had expressed concerns on May 5 over the security of the ballots and over the potential for voter intimidation related to the Maricopa audit.

Brnovich said that Karlan’s letter appeared “more interested in supporting the hysterical outcries of leftist pundits on cable television, rather than the rule of law.”

He continued to assert state sovereignty in his letter, reminding Garland that “the states created the federal government, not the other way around.”

“There are no issues more important for states to prioritize than the integrity of our elections. This is the cornerstone of our republic, binding together the people’s trust in the whole of government,” he wrote. “Today, we see mistrust in our elections from Americans on all sides of the political spectrum. This should not be a partisan issue. States can and should take every opportunity to reassure all citizens that their vote counts.

“My office looks for ways to work alongside the federal government to uphold our laws within the constraints of the 10th Amendment and the election provisions in Articles I and II,” Brnovich said. “As I have demonstrated several times, Arizona will not sit back and let the Biden administration abuse its authority, refuse to uphold laws, or attempt to commandeer our state’s sovereignty.”

DOJ officials didn’t immediately respond to a request for comment.

Arizona Sen. Wendy Rogers, a Republican, told The Epoch Times that the state legislature is empowered to conduct election oversight.

“When the DOJ says they’re going to come and interfere, this is a states’ rights issue, and they have no legal authority to do that,” she said. “And four courts have upheld us continuing with this audit.”

The Arizona Senate’s liaison for the audit, Ken Bennett, a Republican who is also a former Arizona Secretary of State, said on Twitter of Brnovich’s letter, “Retweet if you think election audits are a state right. Thank you @GeneralBrnovich for standing up for the Arizona Audit and state rights!”

But Arizona Secretary of State Katie Hobbs, a Democrat, said that Brnovich’s letter “is exactly why” some state lawmakers want to give the attorney general more power over elections.

“He will defend their partisan antics instead of defending Arizona voters,” she said in a tweet.

Audit firms hired by the Arizona Senate have been examining some 2.1 million ballots cast in Maricopa County in the 2020 election since April 23 at the Arizona Veterans Memorial Coliseum in Phoenix. The firms are Wake Technology Services, CyFIR, Digital Discovery, and Cyber Ninjas.

The Arizona Democratic Party tried to block the audit, although a judge ruled against them saying they hadn’t presented substantive proof of security and privacy allegations. Hobbs has instructed Maricopa County not to use any of the machines that were audited in future elections, saying that they may have been “compromised” by the auditors.

The state Senate had previously said that the “broad and detailed” audit will “validate every area of the voting process” and includes, but isn’t limited to scanning all the ballots, a full hand recount, auditing the voter registration and votes cast, the vote counts, and the electronic voting system.