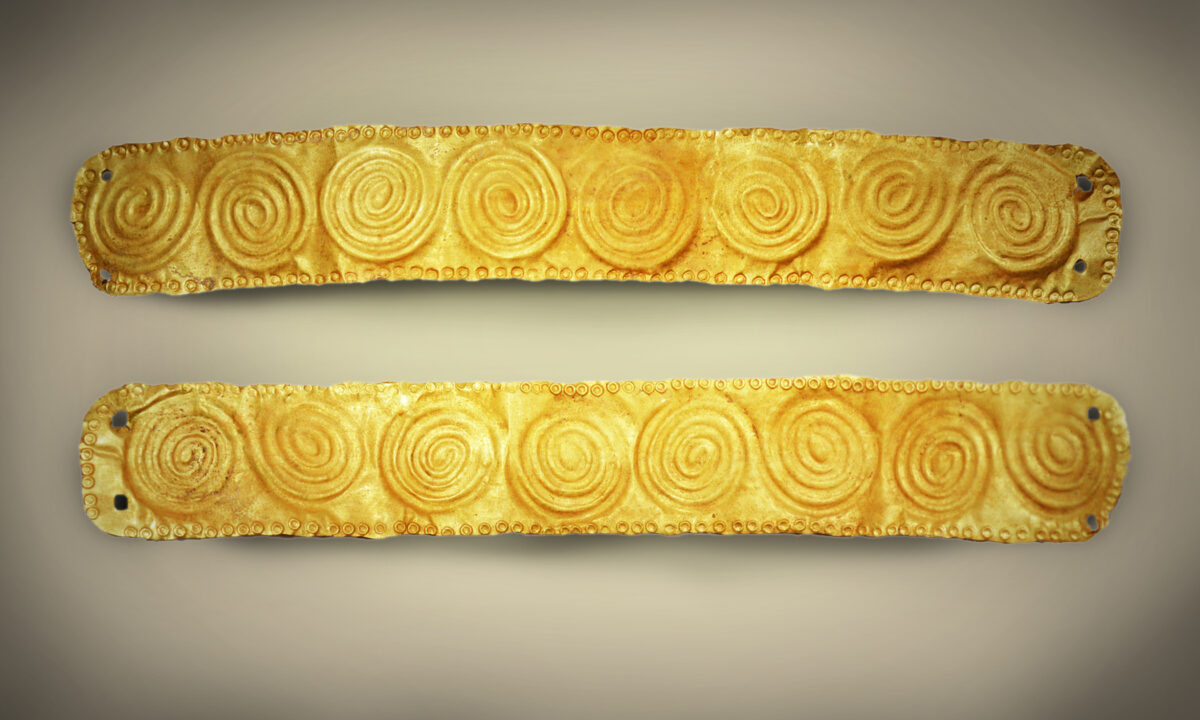 (Courtesy of University of Gothenburg)
Discovery

The 2018 discovery of two ancient tombs located in the Bronze Age city of Hala Sultan Tekke, in Cyprus, led to an excavation that recently revealed some 150 fragile skeletons, gold jewelry, gemstones, and other artifacts—pointing to a thriving trade center dating back to the time of Egyptian Queen Nefertiti over 3,000 years ago.

Archeologists from the New Swedish Cyprus Expedition, since 2010, have conducted several rounds of excavations and in 2018 discovered two underground chambers containing the skeletons of 155 individuals. The delicate bones, buried in salty soil for over three millennia, required careful work over the course of four years.

“The finds indicate that these are family tombs for the ruling elite in the city,” Professor Peter Fischer, head of the excavation, said in a statement.

The team found 500 ritual funeral objects included among the skeletons—which were layered on top of each other, showing that the tombs were used for several generations. One of the find’s most impressive artifacts is a gold tiara from the remains of a 5-year-old, believed to be the child of a powerful and wealthy family. Also on the body was a beaded gold necklace and earrings.

Other artifacts include jewelry and objects made of gold, silver, bronze, and ivory, as well as gemstones and richly decorated vessels from different cultures. “We also found a ceramic bull,” the archeologist said. “The body of this hollow bull has two openings: one on the back to fill it with a liquid, likely wine, and one at the nose to drink from. Apparently, they had feasts in the chamber to honor their dead.”

A cylinder-shaped seal from Mesopotamia (modern-day Iraq) made of hematite was inscribed with a cuneiform that the researchers were able to decipher.

“The text consists of three lines and mentions three names,” Fischer said. “One is Amurru, a god worshiped in Mesopotamia. The other two are historical kings, father and son, who we recently succeeded in tracking down in other texts on clay tablets from the same period [the 18th century B.C.]. We are currently trying to determine why the seal ended up in Cyprus more than 1,000 kilometers from where it was made.”

The tombs also yielded an assortment of gemstones, including carnelian from India, lapis lazuli from Afghanistan, and amber from around the Baltic Sea, indicating that Cyprus played a central role in trade during the Bronze Age. Gold jewelry along with scarabs (beetle-shaped amulets with hieroglyphs) tell of intensive commerce with southern neighbor Egypt.

The archeologists were able to date the adornments by comparing them to similar artifacts, mostly dating back to the time of Queen Nefertiti and her husband, Akhenaten, from around 1350 B.C., said Fischer. This includes a gold pendant with a lotus flower and inlaid gemstones similar to jewelry worn by the Egyptian queen.

Additionally, ceramics found at the site, which change throughout the ages in make and materials, will allow researchers to date the finds and study connections with the surrounding world. “What fascinates me most is the wide-ranging network of contacts they had 3,400 years ago,” the researcher said.

The study’s next stage will involve DNA testing of the skeletons, which will determine how the different individuals are related and whether immigrants from other regions are among them, which, Fischer added, “isn’t unlikely, considering the vast trade networks.” 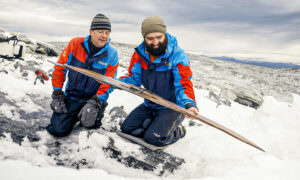 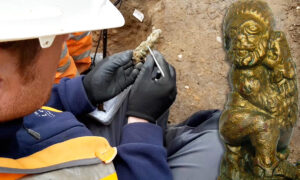 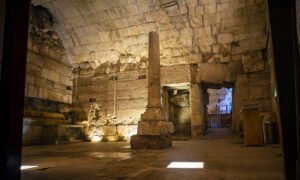 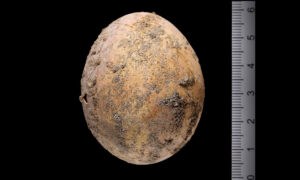