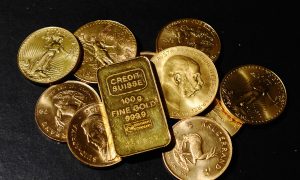 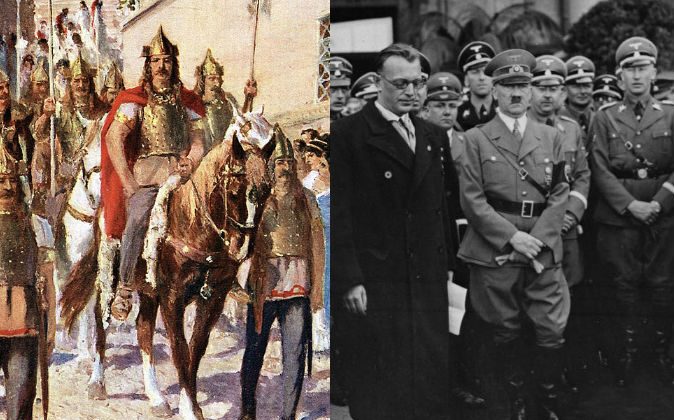 The local and provincial administration of Cosenza in Italy has launched a plan to systematically search for the treasure hoard of Alaric, King of the Visigoths, who looted the riches during his sack of Rome in the 5th century.

Italian archaeologists will be utilizing the latest technological innovations in their search for the treasure, which legend says was buried alongside Alaric somewhere near the confluence of two rivers in Cosenza.  Adolph Hitler was obsessed with the goal of finding the hidden loot, but the Nazis never located it.

The Sack of Rome

Alaric I (who ruled 395–410 A.D.) was the first King of the Visigoths and leader of the army that sacked Rome in August 410, an act that played a significant role in the fall of the Western Roman Empire.

The Huns had forced the Goths to seek refuge in the Eastern Roman Empire, but high taxes, starvation, and poor treatment from the Roman population caused the Goths to rebel. King Alaric led his troops on a rampage through the Balkans and into Italy, where they sacked Rome, the seat of the richest senatorial noble families and the center of their cultural patronage.

For three days, the Goths plundered the city, ransacking buildings, including homes of the wealthy, the treasury, and the mausoleums of Augustus and Hadrian. Alaric was said to have left the city with wagons containing 2 tons of gold, 13 tons of silver, 4,000 silk tunics, 3,000 fleeces, and 3,000 pounds of pepper. Project coordinator Francesco Sisci told The Telegraph that as much as 25 tons of gold may be buried with Alaric, worth billions today.

After plundering the city, Alaric planned to march into Sicily and later Africa, but he never achieved these goals, as he died later that year.

The Death of King Alaric

It is not clear how Alaric died, but it is assumed that he either died from an illness or in battle during an enemy attack.

According to the historian Jordanes, who wrote about the Goths in the 6th century, Alaric was buried along with the looted treasures in a tomb at the confluence of the Busento and Crathis rivers.

That none might ever know the place, they put to death all the diggers.
— Jordanes

“Turning from its course the river Busentus, near the city of Cosentia, they led a band of captives into the midst of its bed to dig out a place for his grave,” writes Jordanes in his book “De Origine Actibusque Getarum” (“The Origin and Deeds of the Goths”). “In the depths of this pit they buried Alaric, together with many treasures, and then turned the waters back into their channel. And that none might ever know the place, they put to death all the diggers.”

The Search for Alaric’s Treasure

During the mid-18th century, a huge project attempted to unearth the tomb of Alaric, but nothing was found. Then, in the early 19th century, writer and traveller Alexandre Dumas visited Cosenza after a major earthquake had drained the Busento River. Dumas reported that numerous people began fervently digging for the Roman treasure, but again no treasure or tomb was unearthed.

Related Coverage
What If Your Nazi Dad Killed 75,000 Jews?

In the 20th century, the accounts of the treasure attracted the attention of Adolph Hitler and Heinrich Himmler, who ordered an extensive search for the hidden loot. But they, too, came back empty handed.

The Telegraph reports that the search has now begun again, this time with the whole-hearted support of the Cosenza authorities.

“Historical sources and clues confirm that the treasure of Alaric was buried in Cosenza,” Mario Occhiuto, the mayor of Cosenza, said in a statement [via The Telegraph]. “The treasure consisted of about 10 wagons full of gold and silver, and perhaps also the sacred Jewish candelabra, the Menorah.

The town of Cosenza has commissioned a team of archaeologists to search for the treasure and is hoping that if the loot is found, it will attract hordes of tourists to the area.