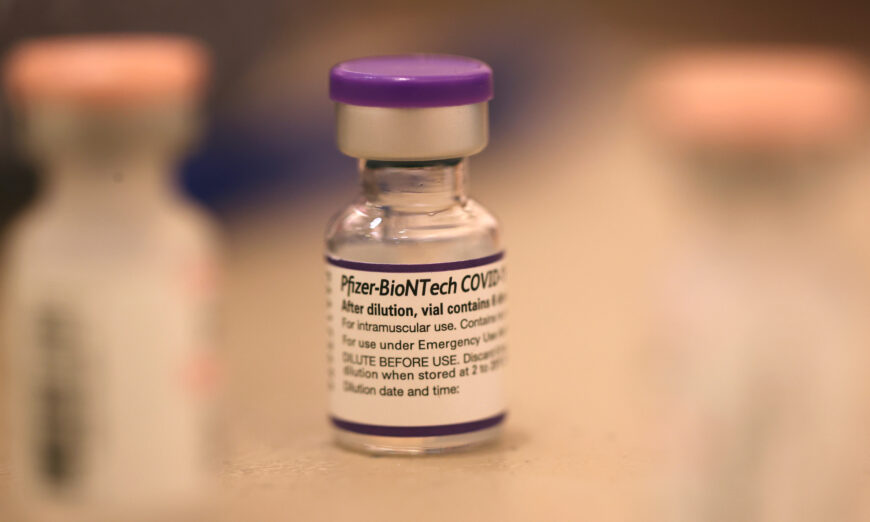 A vial of the Pfizer-BioNTech COVID-19 vaccine, labeled for use under emergency use authorization, is seen in San Rafael, Calif., on Oct. 1, 2021. (Justin Sullivan/Getty Images)