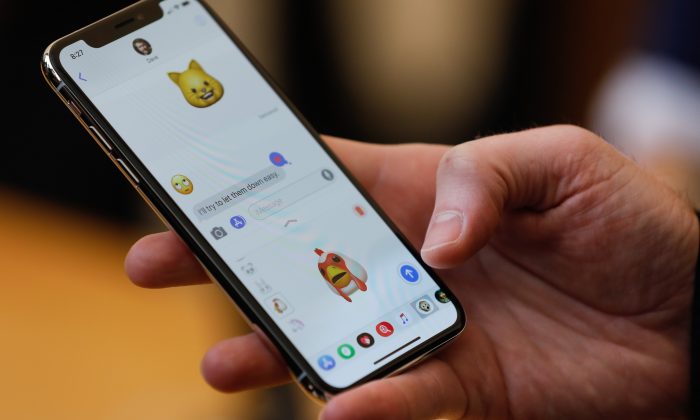 If you downloaded the latest iOS software update for your iPhone, hoping for interesting new features—well, you got one.

A software glitch in the latest Apple operating system software automatically replaces every lower-case “i” with a capital “A’ and a question mark.

This is a hilarious iOS 11 bug pic.twitter.com/TXFXbvgaqO

So, iPhone users cannot even type “iPhone” to complain to Apple about their iPhones.

Anyone know how to fix an iPhone that sends symbols instead of the letter “i” when typing? It’s not a keyboard shortcut, I️ checked. See images below. #AskTwitter pic.twitter.com/UkTKG50P8H

The same faulty software apparently delivers its auto-correcting annoyance to any iPhone, iPad, and iPod devices that have updated.

⚠️ An iOS bug is causing the letter “I” to show as the letter “A” and a question mark box (it’s not a missing emoji) https://t.co/NqDd8bUdV0 pic.twitter.com/G8lfpOTD6k

Not every iPhone use has been afflicted. Some users have had no issues, but judging from the response on Twitter, plenty of iPhone users do.

Apple is working on a solution for the problem. In the meantime, it has offered iPhone users a work-around.

Here’s what you can do to work around the issue until it’s fixed in a future software update: https://t.co/xXaXeeSRt9

Users are advised to edit their keyboard settings in iOS so that the correct character, either an upper or lower case “i”, is used.

Not surprisingly, iOS users are more than mildly annoyed.