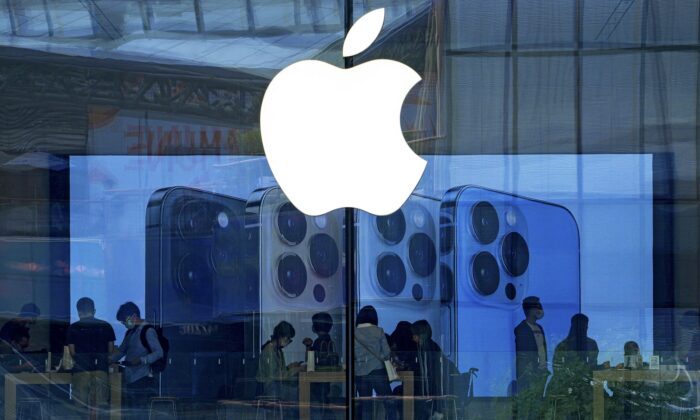 Apple Chief Executive Tim Cook inked a $275 billion giveaway in 2016 that explains the tech company’s success in China, according to secret documents reportedly seen by The Information.

The Chinese market is no small part of Apple’s approximately $3 trillion market capitalization. This makes it the world’s largest company. So the Apple CEO could be incentivized to give away the company’s technology and ignore human rights abuses to maximize his bonuses in the short term, while not only selling out Apple shareholders, but U.S. democracy as well.

What did Apple give away to maintain its access to the Chinese market in 2016? At the time, Chinese authorities were angry about Apple not doing enough for China’s economy and shutting “down iTunes books and movies in April 2016,” according to the report’s source.

To sweeten the negotiations, Cook apparently agreed to a $1 billion investment in Didi Global, Uber’s Chinese competitor, at a critical time in the fight between the two companies for ride-hailing market shares in China. A few days later, Apple agreed to spend $275 billion in China over five years, including on what should be considered forced technology development and transfer.

According to The Information’s Wayne Ma, the deal “committed Apple to aiding roughly a dozen causes favored by China,” including “a pledge to help Chinese manufacturers develop ‘the most advanced manufacturing technologies’ and ‘support the training of high-quality Chinese talents.’”

The secret agreement with Beijing stated that Apple would “use more components from Chinese suppliers in its devices, sign deals with Chinese software firms, collaborate on technology with Chinese universities, and directly invest in Chinese tech companies,” according to Ma.

“Apple promised to invest ‘many billions of dollars more’ than what the company was already spending annually in China,” he said. “Some of that money would go toward building new retail stores, research and development centers, and renewable energy projects.”

Apple is among other U.S. corporations—including Nike and Coca-Cola—lobbying Congress against the core provisions in a measure that was just approved by the House against the use of Uyghur forced labor in China. The provisions reasonably assume, because of China’s opaque labor standards and the lack of a free press, that goods made in Xinjiang are produced with forced labor, except where companies prove otherwise. Much of the world’s cotton and polysilicon, used in Apple products, come from Xinjiang.

Uyghurs from the Xinjiang region, as well as Tibetans and Falun Gong practitioners, are undergoing genocide in China, according to the definition in the U.N. Convention on the Prevention and Punishment of the Crime of Genocide. The Uyghur genocide has been recognized by the United States, the UK, Canada, and several European government entities. Part of this genocide is forced labor, which Apple apparently doesn’t care much about relative to its China-linked revenues.

The fierceness is coming from the Chinese Communist Party (CCP). According to a 2020 report from the Australian Strategic Policy Institute (ASPI), Apple is a beneficiary of Xinjiang’s forced labor transfer programs through Apple suppliers O-Film Technology and Foxconn.

The report states that O-Film technology accepts what appears to be forced Uyghur laborers. Yet Apple was supplied by O-Film. Cook visited the company, and promoted it on social media and through an Apple press release that was later deleted.

“Prior to Cook’s visit, between 28 April and 1 May 2017, 700 Uyghurs were reportedly transferred from Lop County, Hotan Prefecture, in Xinjiang to work at a separate O-Film factory in Nanchang, Jiangxi province,” the ASPI report reads.

A local Xinjiang paper said that workers at O-Film had minders from Lop County who were “politically reliable.” The workers “were expected to ‘gradually alter their ideology’ and turn into ‘modern, capable youth’ who ‘understand the Party’s blessing, feel gratitude toward the Party, and contribute to stability,’” according to the report.

It’s time for U.S. corporations, including Apple, to improve their ethical practices. They shouldn’t be involved with any country, government, or political party that’s committing even a single genocide, much less three.

China is that country. Beijing is that government. The CCP is that party. End U.S. complicity with forced labor and genocide now.