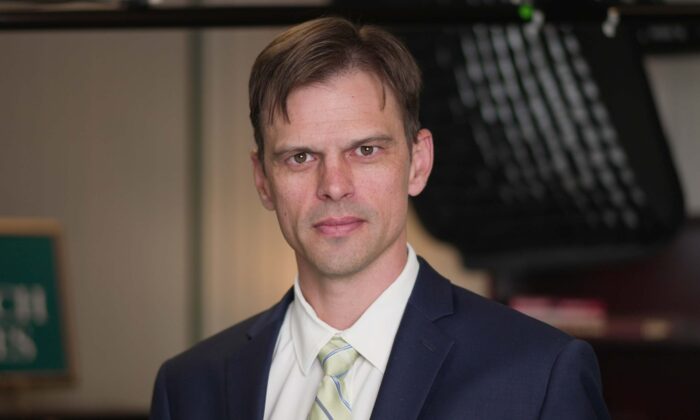 A U.S. appeals court has upheld the dismissal of a complaint that alleged the University of California (UC) system’s COVID-19 vaccine mandate violated a professor’s constitutional rights.

Dr. Aaron Kheriaty sued the university because it refused to grant permanent exemptions to its mandate to people who had recovered from COVID-19 and thus have natural immunity, a form of protection against reinfection and severe disease. Kheriaty was suspended at the time and has since been fired.

The mandate, according to the lawsuit, violated the U.S. Constitution’s 14th Amendment, which states in part that “no state shall make or enforce any law which shall abridge the privileges or immunities of citizens of the United States; nor shall any state deprive any person of life, liberty, or property, without due process of law; nor deny to any person within its jurisdiction the equal protection of the laws.”

The university disagreed, and a district court dismissed the case in December 2021.

In the new ruling, a panel on the U.S. Court of Appeals for the 9th Circuit upheld that ruling.

To start, the panel stated, the mandate must be reviewed under the rational basis review. Kheriaty argued that the court must apply strict scrutiny, but that only comes into play when a challenged government action infringes on a “fundamental right,” and Kheriaty hasn’t offered “any appropriate historical example to establish a ‘fundamental right’ to be free from a vaccine mandate at a workplace,” according to the judges.

“To the contrary, the Supreme Court upheld a much more onerous vaccine requirement in Jacobson v. Massachusetts, (1905) (upholding Massachusetts’s vaccine mandate that applied to all adults and enforced with financial penalties and criminal charges),” they wrote.

The rational basis review examines whether a rule or law is “rationally related to a legitimate state interest,” according to a previous ruling in a separate case. Under the review, Kheriaty’s challenge fails, according to the panel.

While studies Kheriaty cited can be assumed to show that prior infection confers a strong level of immunity above that of vaccination, under the review, “it is not enough for a party to merely cite scientific studies challenging the government’s classification policy,” according to the panel.

“Here, the school cited its own studies that support its vaccination policy—and that is enough for the policy to survive rational basis review,” it stated.

A lawyer for Kheriaty didn’t return a request for comment.

“I’m not finished here. On this issue, I’m just getting started,” Kheriaty said on Twitter.

Kheriaty was a professor of psychiatry and director of UC–Irvine’s medical ethics program when the mandate was imposed.

He contracted COVID-19 in mid-2020. The case was confirmed through polymerase chain reaction testing, and he experienced symptoms including loss of taste and smell.

UC imposed the mandate on July 15, 2021, and has continued enforcing it since. It stated that people who recovered from COVID-19 may be eligible for a temporary exemption but for no longer than 90 days. Kheriaty filed a lawsuit over the mandate in August 2021.

Kheriaty had argued that the mandate couldn’t withstand either strict scrutiny or a rational basis review, pointing to evidence, including a study from the Cleveland Clinic, that natural immunity from prior infection is strong and superior to the shielding bestowed by vaccines.

“Plaintiff is already naturally immune to the virus. He is therefore less likely to infect other individuals than are people who have been vaccinated. As a result, requiring him to be vaccinated in order to return to campus is irrational. In addition, by targeting people who have had the virus but remain unvaccinated, the Mandate unfairly singles out one unpopular group for disparate treatment,” the complaint reads.

The university opposed the suit, arguing that its policy was legitimate because it was aimed at “the health and well-being of the community.” It also said the evidence “is overwhelming that the COVID-19 vaccines are safe and effective, and confer potent hybrid immunity, for those who have previously had COVID-19.” Those factors mean that the mandate survives a rational basis review, according to the system.

Experts who submitted declarations in the case differed on key points, including with regard to the vaccine’s impact on transmission.

Medical faculty at UC–Irvine, in support of the case, said the evidence indicated that the vaccines don’t prevent transmission, highlighting a Centers for Disease Control and Prevention (CDC) study on an outbreak in Massachusetts that found most of those infected were vaccinated and had on average higher virus levels in their nose than the unvaccinated that were infected. CDC Director Dr. Rochelle Walensky later said that the vaccines “can’t … prevent transmission.”

Shane Crotty, a professor at the La Jolla Institute for Immunology, in support of the mandate, noted that some other studies found lower viral loads among the vaccinated.

U.S. District Judge James Selna, a George W. Bush appointee, rejected a request for a preliminary injunction and, in December 2021, dismissed the case.

He cited earlier rulings such as Williams v. Brown, which he said shows that courts found that vaccination doesn’t “implicate a fundamental right.”

“Kheriaty cites no precedent where a court extended the fundamental right to bodily integrity to encompass vaccination. This Court declines to do so as well,” Selna wrote.

The mandate, the judge also said, had a “legitimate purpose” of “[facilitating] protection of the health and safety of the University community.” The university rationally excluded the naturally immune because “it would not be able to effectively ensure that all individuals had immunity to COVID-19 without requiring vaccination,” he said.