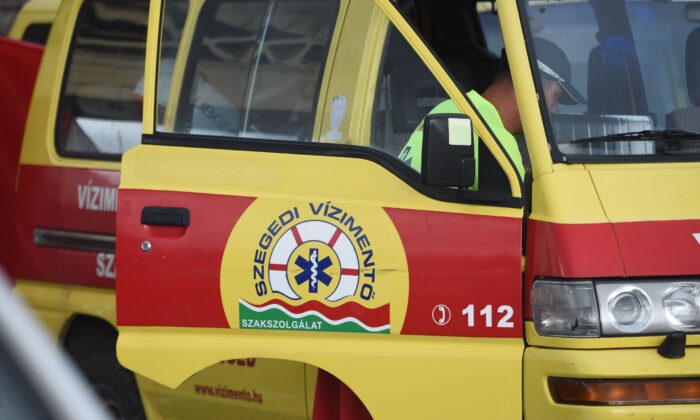 An ambulance vehicle in Budapest, Hungary, on May 30, 2019. (Attila Kisbenedek/AFP via Getty Images)
Europe

The roof and part of the front of an apartment building in Budapest collapsed on Monday, injuring four pedestrians and flattening a number of parked cars.

Police officials said in a statement that the search of the rubble and the building itself was continuing, but that so far there was no indication of fatalities.

Access to the area in the Hungarian capital has been blocked until police conclude the investigation of the collapse, which they attributed to structural failure.