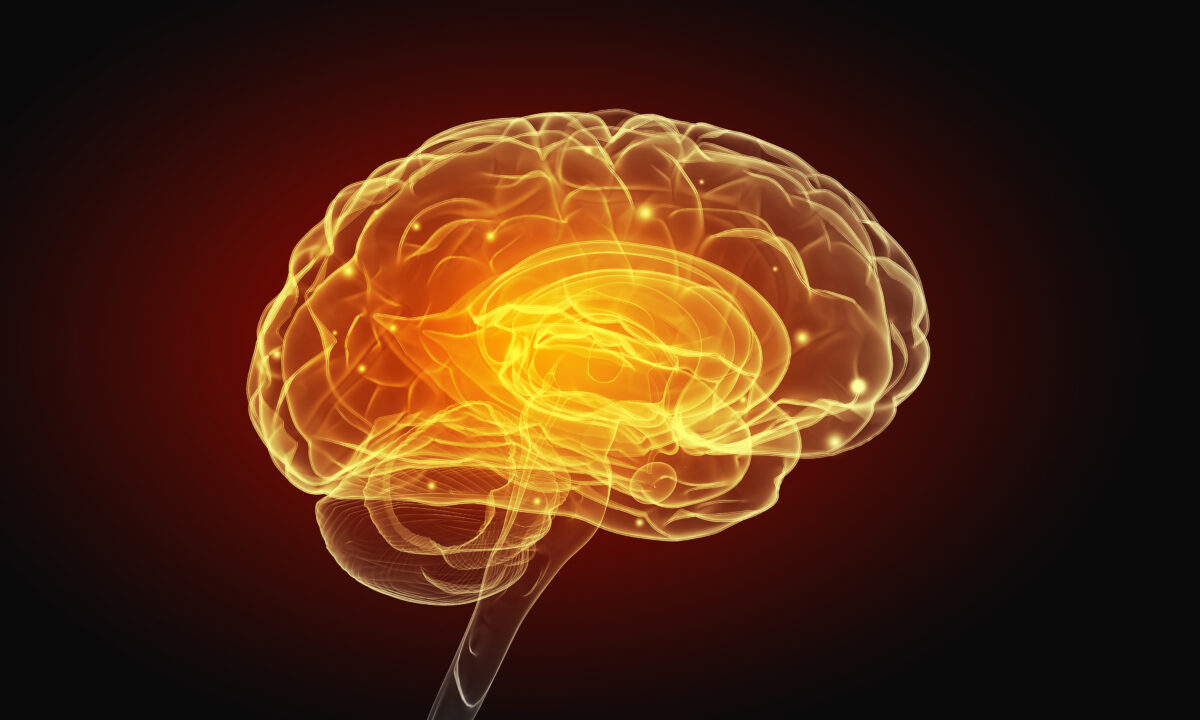 Cases of depression and anxiety increased by 25 percent in the first year of the COVID-19 pandemic alone by some counts, up from 1 in 20 adults worldwide, and the use of antidepressants has become more common. However, studies have found that antidepressants have unexpected risks.

In the 1960s, it was discovered that depression could be due to a lack of serotonin in the brain. Back then, people believed that serotonin was the “happiness factor” in humans. Serotonin is actually a neurotransmitter. The presynaptic neurons release serotonin and can also reuptake it into the brain to maintain homeostasis.

Thus, drugs were designed with the crude understanding that if the “recycling” pathway for serotonin is blocked, serotonin levels in body fluids will increase, and the symptoms will be relieved.

Although there may seem to be many options available, all of these drugs actually work based on similar mechanisms.

The current antidepressants have a large flaw in their mechanisms, but they are still used in large quantities.

Antidepressants Are Being Used Heavily

People suffer from depression for various reasons, and the degree of depression also varies greatly, so there should be a more comprehensive consideration of medication use. However, many doctors may prescribe antidepressants in the same way as painkillers: in increasing dosages after the effectiveness of the drugs diminishes, resulting in drug abuse.

Currently, approximately 13 percent of adults and 18 percent of adult women in the United States have taken antidepressants in the past 30 days. This is an alarming number.

In addition, there has been a rapid increase in the number of young antidepressant users. While it used to be mostly adults taking these drugs, a significant number of adolescents aged 13 to 19 are now taking them as well. Adolescents are prone to emotional instability, and taking medication whenever they have emotional problems will cause them to develop a dependence on medications, instead of figuring out the problems they encounter as they grow up, getting mature emotionally or seeking help from their family, friends, and other sources.

So, is there a risk associated with the use of antidepressants in such a large population?

A study published in Frontiers in Psychiatry looked at the antidepressant prescription rates and suicide rates in Australia since 2012 and found a consistent upward trend in both data.

The Food and Drug Administration (FDA) warned in 2004 that children and adolescents taking antidepressants were at increased risk of suicide, including suicidal thoughts and behaviors.

At that time, the FDA used a “black-box warning” label for all classes of antidepressants, which is the highest warning level given by the FDA for an approved drug, and it can be seen on the drug packaging. The warning went into effect in 2005; and in 2006, the warning was expanded to include people 25 years of age.

The “black box warning” is used to warn the public and prescribers about serious, permanent, or fatal side effects—it thus requires evidence of significant risk, meaning that these warnings are generally added after drugs have already been on the market.

Although the warning was once taken seriously by the industry, it did not stop the social environment from encouraging the use of chemicals to control mental problems. As a result, the use of antidepressants declined only briefly and rose again after 2006.

A research published in the British Medical Journal further confirms that the risk of suicide attempts is significantly higher in the 28 days after taking antidepressants than before. Moreover, symptoms may rebound severely in the short term after stopping the medication, so suicidal tendencies are also elevated during the withdrawal phase.

If a patient is suffering from severe depression and urgently needs help, it takes a long time to see the effects of the medication.  Under this circumstance, many doctors often prescribe a higher dose of antidepressant drugs for patients.   However, the higher dose of drugs may further worsen the patient’s symptoms.  This is also a major problem like a vicious cycle.

Our Understanding of Serotonin Was Wrong

A more critical issue is that our understanding of depression may have been wrong from the beginning.

Many are raising questions about this.

A review by experts from Canada and the University of Virginia was published in the journal Neuroscience & Biobehavioral Reviews. This article collected a large number of studies related to serotonin and found that the concept that the amount of serotonin determines changes in people’s mood is wrong.

Moreover, serotonin is not just a “happiness factor.” It is a complex system that is closely related to the energy regulation of many organ systems in the body.

In addition to the brain, serotonin also acts on many other organs throughout the body. And it affects the operation of many bodily functions, including mitochondrial energy production, which involves energy storage. Serotonin also directly affects the metabolism of sugar and the distribution and absorption of energy in different organs, as well as the immune system, the body’s growth and development, and fertility. SSRIs can actually disrupt the energy balance of many systems in the body, thus bringing many problems.

The review also pointed out that after some people took antidepressants for a period of time, their depression symptoms were alleviated, but the improvement might not actually be brought about by the medicines. Rather, the drugs disrupted the serotonin and energy balances, prompting the body to make self-protective and compensatory adjustments.

This is equivalent to a complete overturn of the antidepressant mechanism developed in the 1960s.

Unfortunately, this was not widely reported in the media, as it was a rather profound academic paper.

With further advancement in brain science and neuroscience research over the past few decades, scientists have continued to discover that the effects of serotonin on the brain are not as simple as we once thought, and that these concepts were unknown at the early time of antidepressant drug development.

It can be seen that the brain is a complex system, and the effects of a substance on different parts of the brain are different. The use of drugs to directly disturb the balances of serotonin and other substances will cause greater disruptions in the body.

Side Effects of Antidepressants

The side effects of antidepressants also vary. Examples include severe insomnia, drowsiness, sexual dysfunction, and a higher probability of bleeding death after surgery, among others. In addition, antidepressants and many drugs, including hypertensive drugs, should not be taken together.

A study published in the Journal of Clinical Medicine found that many antidepressant drugs can cause sexual dysfunction, with the prevalence of some being as much as 20 percent to 30 percent.

In addition, the discontinuation of long-term use of antidepressant medications will also lead to numerous side effects, including sensory problems. This is because when people become accustomed to chemical dependency, their level of cognition is lowered, making them prone to numbness, sensory and cognitive disturbances, insomnia, nightmares, and other problems.

The body functions can also become dysfunctional when an antidepressant drug is discontinued. Since more than 90 percent of the serotonin acts on different organs of the body, the effects of the drugs are systemic. Diarrhea, nausea, muscle stiffness, problems with reflexes, hypothermia, and even shock may occur.

Therefore, it is still important to pay attention to the dosage when taking medication at home.

Looking at the Human Body With a New Perspective

So, besides chemical drugs, what else can be used to treat depression and other mental illnesses?

Some psychologists will perform cognitive therapies for patients before prescribing medication, and one of them is cognitive behavioral therapy (CBT). Psychologists talk to patients to understand their problems and help them find ways to relieve them. This type of communication is helpful to many people to a certain degree.

However, CBT, developed within the traditional framework of Western medicine, is still lacking in its understanding of the emotional, cognitive, energetic, physical, mental, and spiritual aspects of humans.

For instance, why do we have different feelings when we talk to different people? This is because the energy behind the people we talk to is different. If the energy transmitted by a doctor through words is relatively positive, it may improve the patient’s problem to a greater extent; on the contrary, if the doctor’s own mood and energy state are not ideal on that day, this may not help in a substantial way.

In fact, human “feelings” are in many cases “feelings of energy.” The word “emotion” is derived from the Latin word “emotere,” which means “energy in motion.” It is also true that emotion is actually a kind of energy.

Some scientists have now combined current research in physiology, neurobiology, and biophysics to come up with a new concept–bioenergetics. Bioenergetics is a major breakthrough in the understanding of the human body.

It emphasizes that the human body not only experiences changes on the material level but also on an energetic level. The human body is affected by the electromagnetic field around the body, by energies of other people, and by other macroscopic and microscopic energies. Many people have improved their mental problems through sitting in meditation, which is the adjustment of the balance of energy.

People need a new perspective to look at depression and other mental illnesses as a whole, and not just rely on chemical drugs to treat them. Considering the human body as a whole, identifying the causes of different types of depression, and then coming up with a holistic treatment method with integrated mind-body adjustments will provide more long-term and stable benefits to people’s mental health.