Antibodies From Vaccines Interfering Instead of Neutralizing Because of Spike Protein Changes: Dr. Risch 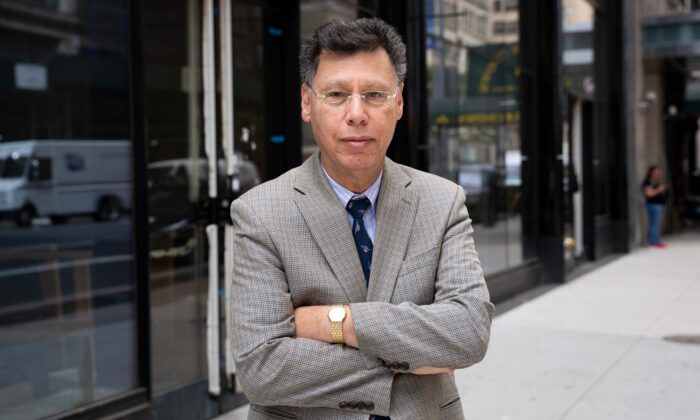 The antibodies triggered by COVID-19 vaccines are interfering with people’s immune systems as newer virus variants emerge, according to Dr. Harvey Risch.

The two most widely used vaccines in the United States, produced by Pfizer and Moderna, both work by sending messenger RNA into muscle cells, where they produce a piece of the spike protein from SARS-CoV-2, the virus that causes COVID-19. The spike protein triggers the production of antibodies, which are believed to help prevent infection and fight illness if one still gets infected.

But the vaccines are based on the spike protein from the original virus variant, which was displaced early in the COVID-19 pandemic. Since then, a series of newer strains have become dominant around the world, with the latest being BA.5.

“The vaccines only make a very narrow range of antibodies to the spike protein,” compared to the broader exposure experienced when one gets infected, Risch, an epidemiology professor at the Yale School of Public Health, told EpochTV’s “American Thought Leaders.”

“The problem with that is, of course, that when the spike protein changes because of new strains of the virus, the ability of the immune system to make antibodies that correlate to the new strains becomes reduced to the point where it may be almost ineffective over longer periods of time,” he said.

That leads to the antibodies being triggered by the vaccines not binding strongly enough to neutralize.

“What that means is they become interfering antibodies, instead of neutralizing antibodies,” Risch said. “And that’s the reason I believe that we’ve seen what’s called negative benefit—negative vaccine efficacy over longer time—over four to six to eight months after the last vaccine dose, that one sees the benefit of the vaccines turn negative.”

A number of recent studies have indicated that people who were vaccinated are more likely to get infected with COVID-19 after a period of time, including Pfizer’s clinical trial in young children (pdf). Some real-world data also show higher rates of infection among the vaccinated. Other research indicates that vaccines still provide some protection as time wears on after getting a shot, but the protection does wane considerably. The research all deals with the Omicron coronavirus variant, which became dominant in late 2021, and its subvariants.

He pointed to data reported by UK health authorities in March (pdf)—officials stopped reporting the data after that—pegging people who had received both a primary vaccination series and a booster as having three times the rate of symptomatic infection as unvaccinated people.

“After the second dose of the mRNA vaccines, it looks like they provide a benefit against symptomatic infection for … most people for maybe 10 to 12 weeks,” Risch said.

“After the first booster, the third dose, that drops to six to eight weeks. After the fourth booster, it may be as short as four weeks before the efficacy wears off and begins to turn negative.”