Another House Incumbent Defeated in Midterms as More Races Called 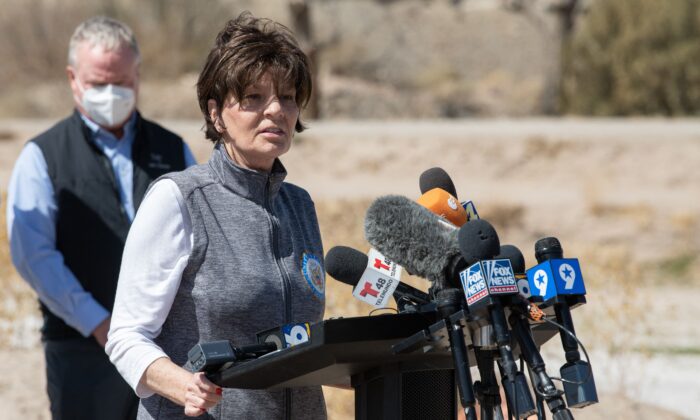 Rep. Yvette Herrell (R-N.M.), New Mexico’s only Republican in Congress, was defeated in the midterm elections.

The race to represent New Mexico’s 2nd Congressional District was called on Nov. 10, with Herrell, 58, losing to Democrat Gabriel Vasquez.

“While we are disappointed by the final results, I am incredibly proud of our team and the work we did serving our district, and I am grateful for the steadfast support of so many who helped us along the way. I’d also like to congratulate Gabe Vasquez on his victory,” Herrell said in a statement.

“I could not be more proud to be elected to Congress by my fellow New Mexicans. Whether you voted for me or not, I will fight my heart out for you, because public service is a sacred responsibility that I will never take for granted,” Vasquez, a former aide to Sen. Martin Heinrich (D-N.M.), said in a statement.

According to unofficial results from the New Mexico Secretary of State’s office with all precincts reporting, Vasquez received 96,747 votes to Herrell’s 95,470.

Herrell is the latest incumbent to fall in the surprising midterms, which saw Republicans flip more seats but Democrats score key wins that will keep a likely Republican majority in the lower chamber slimmer than hoped.

In another call on Thursday, Rep. Ryan Zinke (R-Mont.) squeaked out a win against Democrat Monica Tranel. Zinke was a secretary of the interior during the Trump administration.

And Rep. Jahana Hayes (D-Conn.) was also declared the winner in her bid for re-election. She was challenged by Republican George Logan.

Most of the incumbents who have lost so far are Democrats.

And Sean Patrick Maloney (D-N.Y.), chairman of the Democratic Congressional Campaign Committee—which seeks to get Democrats elected to the House—was trumped by Mike Lawler.

Some other Republican incumbents have been unseated.

In some of the races that haven’t been called, incumbents are behind.

California and other western states have been struggling to count votes, leaving the outcomes of some races uncertain more than 24 hours after polls closed. In a small number of races in other parts of the country, the narrow margins have delayed races being called.

As of midday Thursday, Republicans had picked up seven seats and had won 210 races. Democrats were at 192. A party achieves a majority with 218.