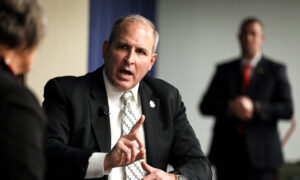 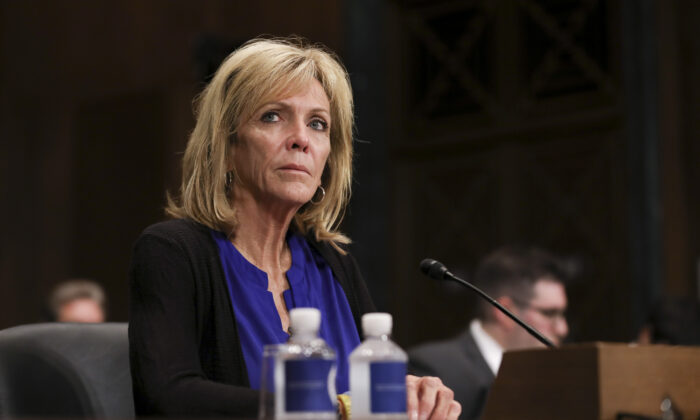 An Arizona mother whose son was killed by an illegal alien said the Biden administration’s border policies are “absolutely” going to create more “angel families.”

Angel families are relatives of those who have been killed by an illegal immigrant.

Mendoza’s son, Brandon, was killed in a 2014 car crash caused by an illegal immigrant who was drunk, high on meth, and speeding along a Mesa, Arizona, highway in the wrong direction. Brandon, a sergeant on the Mesa police force, was 32 years old.

“Biden decides he’s going to open our borders, and every one of our lives are in jeopardy,” she said. “It’s just going to be a super highway now.”

President Joe Biden has issued executive orders to stop border wall construction, stop the Remain in Mexico program—which will restart the practice of “catch-and-release”—and pause deportations, among other actions.

White House press secretary Jen Psaki said at a Feb. 8 press briefing that Immigration and Customs Enforcement (ICE) won’t be prioritizing the deportation of illegal aliens who are charged with driving under the influence (DUI) or assault.

“The priority for the enforcement of immigration laws will be on those who are posing a national security threat; of course, a public safety threat; and on recent arrivals,” Psaki said. “Nobody is saying that DUIs or assault are acceptable behavior, and those arrested for such activities should be tried and sentenced as appropriate by local law enforcement. But we’re talking about the prioritization of who is going to be deported from the country.”

In fiscal 2020, ICE removed 185,884 illegal immigrants, of whom 92 percent had criminal convictions or pending criminal charges. The most common offense that year was a DUI conviction or charge, totaling more than 55,000.

Mendoza said she thinks the current push to peel back security measures is more about undoing Trump’s legacy than anything else.

“I really feel that it’s a quick push without real thought going into what the end results are going to be to this country,” she said.

“We already have a record amount of Americans out of work right now.”

She predicts a growing crisis along the border this year, with families and unaccompanied minors paying cartels and smuggling organizations to get them into the United States.

Customs and Border Protection (CBP) announced on Feb. 9 that it’s reopening its overflow tent facilities in Texas due to an influx across the border.

During the Trump era, Mendoza had a seat at the table, as the administration highlighted the victims of illegal alien crime by opening the Victims of Immigration Crime Engagement (VOICE) office within the Department of Homeland Security.

“President Trump actually took the time to listen to us. He knew what changes had to be made to make our country safe,” Mendoza said. Now, she says, with Biden, it’s “almost like 5 1/2 years of my work is just being completely shredded, and I feel like I’m starting all over again.”

The Epoch Times reached out to both the White House and ICE to ask if the VOICE office will remain in operation under the Biden administration.

“We have not made any new announcements regarding the VOICE office,” an ICE spokesperson said.

Mendoza says it’s hypocritical that border wall construction has been halted at the same time fences are erected around Washington.

Members of Congress, “because they felt afraid or scared,” put a fence around the U.S. Capitol with razor-sharp barbed wire on top and have the National Guard outside protecting them, she said.

“So these [members of Congress] are more important than everybody else who lives here?” Mendoza said.

“After you’ve had a family member killed, like some of the angel families have—murdered, assassinated, like Grant Ronnebeck—it puts the perspective on how you feel safe in your own country. And they don’t take that into consideration whatsoever.”

Grant Ronnebeck was working as a clerk at a convenience store in metro Phoenix when he was fatally shot in the face in 2015. Apolinar Altamirano, an illegal alien from Mexico, was charged with the 21-year-old’s death.

“I’m very scared for our country, I really am,” Mendoza said.