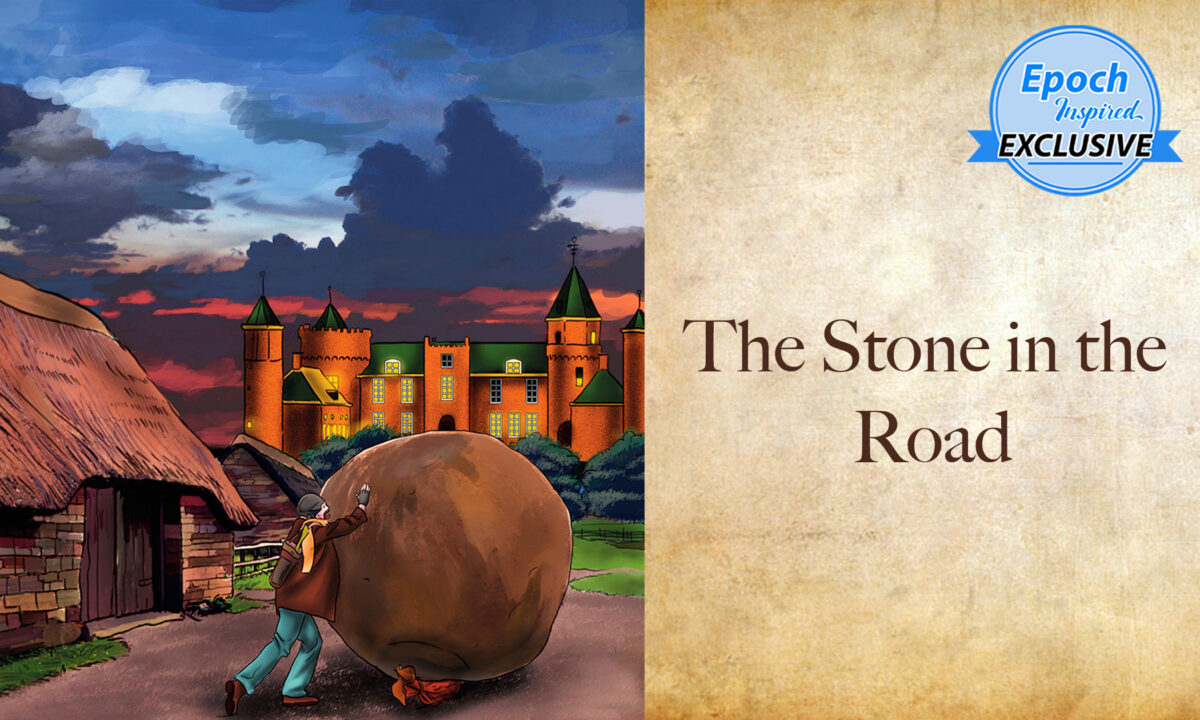 Ancient Tales of Wisdom: The Stone in the Road

“The Stone in the Road” is a short tale that tells of the eventual rewards that come to those who work hard and who genuinely care about others.

There was once a very rich man who lived in a beautiful castle near a village. He loved the people who lived in the village, and he tried to help them. He planted beautiful trees near their houses, and made picnics for their children, and every Christmas he gave them a Christmas tree. But the people did not love to work. They were very unhappy, because they too could not be rich—like their friend in the castle.

One day, the rich man got up very early in the morning and placed a large stone in the road that led past his house. Then he hid himself behind the hedge and waited to see what would happen.

At last, just at nightfall, the miller’s boy came past. He was a hardworking fellow, and was very tired, because he had been busy since early morning at the mill. But he said to himself, “It is almost dark; somebody may fall over this stone in the night, and perhaps be badly hurt. I will move it out of the way.”

So he tugged at the heavy stone. It was hard to move, but he pulled, and pushed, and lifted until at last he moved it from its place. To his surprise, he found a bag lying underneath. He lifted the bag. It was heavy, for it was filled with gold. Upon it was written, “This gold belongs to the one who moves the stone!”

The miller’s boy went home with a happy heart, and the rich man went back to his castle. He was glad, indeed, that he had found someone who was not afraid to do hard things.

This tale, “The Stone in the Road,” is reprinted with permission from the “Ancient Tales of Wisdom—Student Workbook” published by the Sound of Hope Radio Network, who reproduced it from “For the Children’s Hour” by Carolyn S Bailey and Clara M Lewis (Milton Bradley Company, Massachusetts, 1906). Audio and illustrations by Sound of Hope Radio Network. Copyright © 2012. All rights reserved. 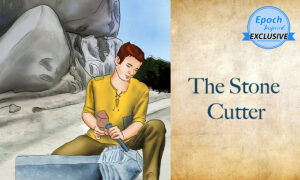 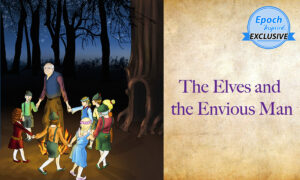 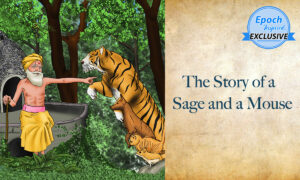 Arts & CultureBy Epoch Inspired Staff
Ancient Tales of Wisdom: The Story of a Sage and a Mouse
09-24-2021
sharecomments 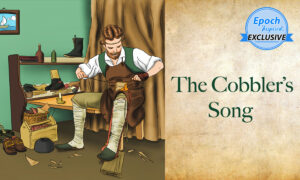