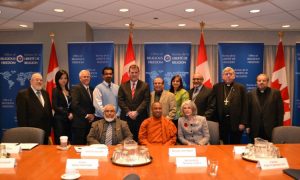 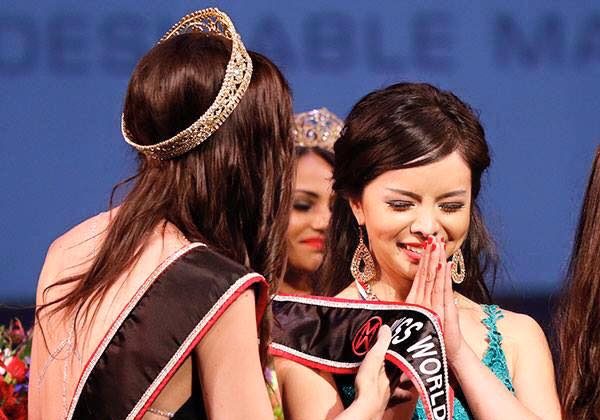 Torontonian Anastasia Lin was named Miss World Canada in a ceremony in Vancouver on Saturday, May 16, 2015. (Andrew Chin)
Canada

Human rights advocate Anastasia Lin of Toronto was crowned Miss World Canada in an event in Vancouver on Saturday, May 16.

Born in China, 25-year-old Lin campaigned on a human rights platform, pledging to continue her work in Canada for religious freedom and to be a “voice for the voiceless.”

A theatre major with a minor in history and political science from the University of Toronto, the model and actress has built a career acting in films that expose human rights issues in her native China.

Her first film dealt with the controversy surrounding the schools destroyed in the 2008 Sichuan earthquake, when poorly built schools collapsed, killing hundreds of children. Artist Ai Weiwei has been among the prominent voices inside China condemning what have now become known as “tofu-dreg” schools.

Lin played a student who was killed in one of the collapsed schools.

She also stars in the Canadian-produced television series “Big Shorts,” a satirical take on Chinese state-owned television station CCTV, and recently starred in “Red Lotus,” which is in post-production. The film tells the tale of a female Falun Gong practitioner in China imprisoned for her beliefs.

Lin said that role was particularly moving and she doubted at times whether she could play it.

“I had to interview many people, victims of human rights abuses,” she said.

She was unsure she could act the role of someone who had been through imprisonment and torture and remain steadfast in their belief, she said, adding that playing the part made a big impact on her.

“I heard about those situations before but when I actually tried to put myself in their shoes to act, I was truly inspired. It was almost like the more hardship they went through, the more grounded they were in their faith.”

Lin came to Canada when she was 13 and found the spirit of freedom here “absolutely enchanting,” she says in a video that was part of her candidacy.

“I felt so privileged to be Canadian and enjoy the freedoms that many are deprived of in other places of the world,” she said.

Now that she is Miss World Canada, Lin says she plans to push harder regarding human rights issues and hopes to engage governments and officials who have authority to address the human rights problems in her homeland.

The fact that she has won still hasn’t sunk in, she adds.

“I still don’t believe it. It is kind of hard to believe.”

It was Lin’s second run at the title, having scored second runner-up in 2013.

“Two years ago, if I won, I would have seen it coming, but this year, the mentality was completely different. I wasn’t in a very competitive mode of mind; I was very relaxed and took everything as it was, just going through the experience,” she explains.

She adds that during the 2013 competition, if other contestants looked good, she felt insecure. But this year she was happy with their improvement and not intimidated by their beauty.

“Everyone put their best on the table, and everyone is unique,” she said.

Fifty three contestants from across Canada competed for the title of Miss World Canada 2015. Lin inherits the crown from 2014 winner Annora Bourgeault.

This article was corrected to update information about Anastasia Lin’s education.