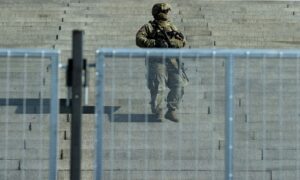 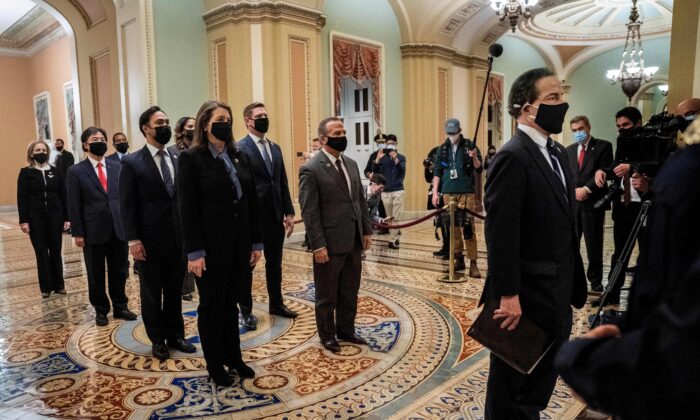 An Unconstitutional Farce of a Senate Show Trial

The U.S. House of Representatives voted to impeach then-President Donald J. Trump on Jan. 13, just one week before he was scheduled to leave the Oval Office.

The presidency was transferred to Joseph R. Biden on Jan. 20, when he took the sacred oath. At that moment, Trump ceased to be the U.S. president.

And yet Democrats in the Congress have insisted on scheduling a Senate trial for Feb. 9 to remove a man from the Oval Office who is no longer there. They fully intend to hold an impeachment trial for a private citizen.

This latest farce is even more ridiculous than the one the nation was forced to endure almost exactly a year ago, when they impeached Trump for a phone call to the newly elected leader of Ukraine. Despite the fact Trump never attempted to strong-arm Volodymyr Zelensky by threatening to withhold millions in military aid to Ukraine unless Zelensky agreed to start an investigation into the Biden family, Democrats voted to impeach him. That led to a Senate trial in which Trump easily escaped conviction.

It’s hard to see how Trump could be convicted this time around either, as the impeachment article that will be used at the forthcoming trial is nonsensical on its face.

The impeachment article claims that when he gave his speech on Jan. 6 at the Ellipse, just a short distance from the White House, Trump incited those listening to him to march to the Capitol Building and attack the joint session of Congress as it was engaged in counting the electoral votes from the Nov. 3 presidential election.

The impeachment article is entitled “Incitement of Insurrection” and directly charges Trump with whipping up a violent mob and then unleashing it at the Congress.

There are multiple problems with this narrative:

Because this impeachment article is completely nonsensical, it can’t stand up to any challenges and will therefore collapse under its own absurd weight when the Senate trial is held.

The U.S. Constitution, the federal government’s founding document, clearly lays out how a Senate trial of an impeached president is conducted. The show trial the Democratic Party has engineered for a private citizen who isn’t a federal office holder any longer is about as far from the constitutional framework as it’s possible to get.

For example, the Constitution clearly states that it’s the Chief Justice of the Supreme Court who presides over any Senate trial of an impeached president.

Current Chief Justice John Roberts made it clear he wants nothing to do with it. That didn’t stop the Democrats, who simply appointed one of their own, Sen. Patrick Leahy (D-Vt.), to oversee the proceedings.

Find me the clause in the Constitution where it says, “And if the Chief Justice refuses participation, the Senate shall appoint one of its own partisan members to preside over the impeachment trial of a private citizen.” I can’t seem to find it, but surely it must be in there somewhere.

Either that or we now have a federal government that’s completely detached from the Constitution that it is supposed to adhere to. If politicians can simply toss the Constitution aside and make it up as they go along, why even have a Constitution in the first place?

Because this is the position of many of the Republicans in the Senate, they have refused to participate in this travesty. When all senators were expected to be present for the official delivery of the House of Representatives impeachment article, only 3 of the 50 Republican senators bothered to show up: Mitch McConnell of Kentucky, Mitt Romney of Utah, and Roger Marshall of Kansas.

It should be recalled the Democrats failed to get a conviction at the last Senate trial on two impeachment articles by votes of 52–48 and 53–47. Romney was the only Republican to vote with Democrats to remove Trump from office during last year’s trial.

This time, they need Romney and 16 other GOP senators to agree with the claim that Trump incited an insurrection at the U.S. Capitol. It seems highly unlikely Democrats will find the 17 GOP Senate votes they will need.

In fact, this impeachment trial stunt is highly likely to backfire on Democrats in epic fashion. The central charges are absurd, and by making them, they’ll open all kinds of doors for the Trump legal defense team.