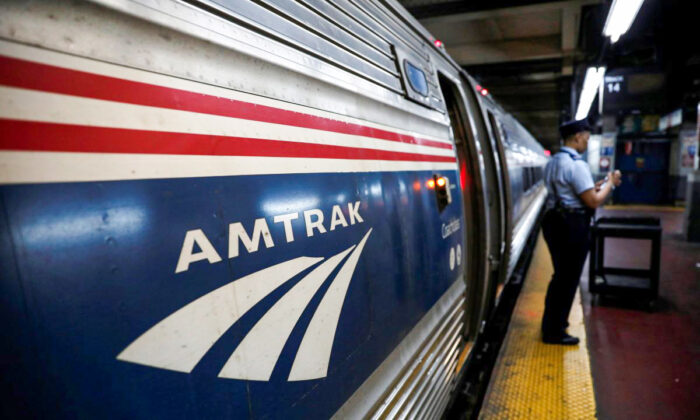 A long-awaited passenger rail route connecting New York City to Scranton, Pennsylvania, is on track to be completed in three to five years through funding from the recently passed federal infrastructure bill.

With the bill, Congress gave Amtrak $66 billion, the largest investment in Amtrak since its creation in 1971, according to Bob Hay, chairman of the Pennsylvania Northeast Regional Railroad Authority.

Amtrak proposes 39 rail expansions, including the Scranton line, which would have eight stops and make three round trips a day.

It would start at Penn Station in New York, with stops in New Jersey at Newark-Broad, Dover, Morristown, Summit, and Blairstown; then on to Pennsylvania, stopping in East Stroudsburg, Mount Pocono, Tobyhanna, and Scranton, according to an Amtrak planning document.

Hay has been waiting on the train for decades, methodically improving regional rail service one project at a time. Some in Northeast Pennsylvania doubted the train connection to New York would ever happen, but through the years, the Rail Authority preserved track, completed environmental studies, and made other moves to prepare for the return of the train, which had once run from Hoboken, New Jersey, through Scranton and points west.

“I have always stayed with it because we have made a lot of progress, not just for passenger rail but also for freight service. The 37 years we’ve been at this has put us in the position of where we are to be able to do this with Amtrak.”

Hay believes the Scranton Route will be in the top five, if not the number one project Amtrak will complete because the line is more than shovel ready.

New Jersey Transit has been working its way west on this proposed route. And it may be the only project where the whole rail line is under public ownership, owned by New Jersey Transit or Amtrak, Hay said, meaning Amtrak can use the rail immediately. Other routes have some privately owned rail line and Amtrak will have to negotiate with CSX or Norfolk Southern to get permission to use their lines.

This summer, the Rail Authority signed a contract agreeing to pay Amtrak $400,000 to do a preliminary study and engineering plan for the route, putting the project steps ahead of others.

The project has been slow moving up until the last nine months, Hay said, because it was considered a straight commuter service train, and the Rail Authority was working with New Jersey Transit which was not as interested in the Pennsylvania portion of the project, and there was no funding to complete it.

The project will now be considered an intercity line, not a true commuter train. Hay explained this helps expand tourism and serve college students.

“It’s a job creator and has an economic impact,” Hay said. “It also will give a lot of students the ability to go from home to university, which is a good part of Amtrak’s ridership. And a lot of people will go to New York City to see a show and go home. Or go to Orlando, Florida. You can get direct connection to the Northeast corridor.”