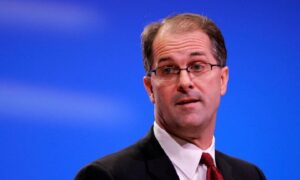 A group has brought a lawsuit seeking to block the counting of Electoral College votes from several contested states when Congress meets in a joint session on Jan. 6.

The Amistad Project of the Thomas More Society filed the lawsuit on Dec. 22 arguing that the state legislatures of Pennsylvania, Michigan, Wisconsin, Georgia, and Arizona were prevented from exercising their power under the U.S. Constitution to certify the presidential electors’ votes cast on Dec. 14. The group claims that a number of federal and state laws had unconstitutionally delegated the authority of state legislatures to certify these votes to state executive branches.

Under Article II of the U.S. Constitution, presidential electors must be appointed by each state in the manner prescribed by the state’s legislature.

The group argues that the provision prevents state legislatures from delegating their power to state executive branch officials as a ministerial duty.

The lawsuit also argues that state legislatures, many of which are adjourned until January 2021, are also being prevented from meeting to perform their post-election certification duty. In order to conduct a special legislative session, a supermajority or a governor must agree that legislators should meet. However, the group said the governors from these states are preventing the state legislatures from doing so.

“The very body that is responsible for how these electors are selected, can’t even meet after the election, up through January. So that’s unconstitutional, in that it’s a delegation of authority to a governor of a legislative function. That is not allowed,” Phill Kline, director of the Amistad Project, told The Epoch Times’ “American Thought Leaders” program.

He added that state officials in some blue states have also been hostile to state legislators. He said Michigan Attorney General Dana Nessel had considered criminal investigations and prosecutions for legislators “who didn’t agree with her on the election result.”

“That’s stunning to me. That type of intimidation and threat should never happen in America, from the state or chief law enforcement officer,” Kline, a former Kansas attorney general, said.

The defendants in the lawsuit include Vice President Mike Pence, both houses of Congress, and officials from the five battleground states. It was filed on behalf of voter rights organizations and voters from the five states.

The lawsuit seeks to declare sections of federal and state laws that delegate the post-election certification power to state executives as unconstitutional. It also asks the court to prevent Pence, who will be counting the Electoral College votes, and Congress from counting votes from Arizona, Georgia, Michigan, Pennsylvania, and Wisconsin until their state legislatures are able to meet to certify the votes.

The lawsuit comes as Republican lawmakers are weighing whether to launch a challenge to Electoral College votes in contested states on Jan. 6.

So far, there have been no senators who have publicly committed to challenging a state’s results. A handful of Republican senators haven’t ruled out the possibility of objecting but have said that they would first monitor the developments regarding claims of voter fraud. Meanwhile, Sen.-elect Tommy Tuberville (R.-Ala) has suggested that he may join the planned objection by members of the House of Representatives.