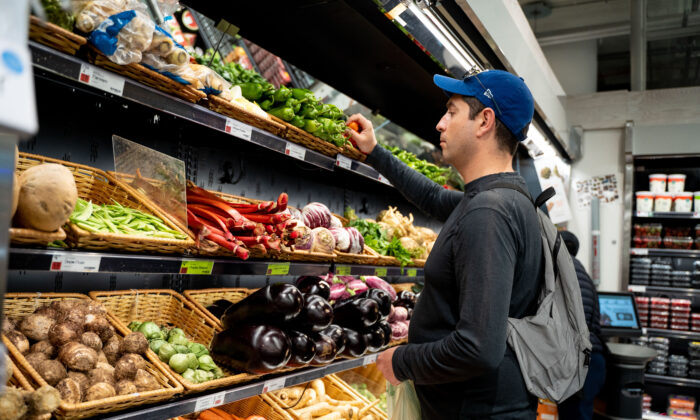 U.S. small businesses have been plagued by the sting of persistently high inflation, with experts predicting little relief from high prices in the near term in an increasingly fraught economic climate with recession and stagflation fears on the rise.

According to a new report from the U.S Chamber of Commerce (pdf), nearly 9 in 10 small-business owners (88 percent) were worried about the impact of inflation in the second quarter, a problem that has risen to the top of their list of business-related concerns. That’s up from 85 percent in the first quarter and 75 percent in the last quarter of 2021.

Nearly half (49 percent) said they were very concerned about inflation, which is up from 44 percent in the first quarter and 31 percent in the fourth quarter of last year.

Also rising was the share of small-business owners who said that inflation has had a significant impact on their operations. That’s up from 74 percent in the first quarter to 80 percent in the second quarter, according to the report.

The Chamber of Commerce report dovetails with recent data from the National Federation of Independent Business (NFIB).

“With inflation reaching a near 40-year high, small businesses continue to be plagued by rising prices with little hope for relief on the horizon,” NFIB Vice President of Federal Government Relations Kevin Kuhlman said in a statement. “As recent data shows, inflation remains the top problem for one-third of small business owners, has a direct impact on small business optimism, which is at a near 50-year low, and continues to harm the small business recovery.”

Kuhlman cited data showing that 62 percent of small-business employers said inflation was having a major impact on their business.

Separately, a recent survey from the small-business network Alignable stated that more than a third of U.S. small businesses were unable to cover rent in June, with most blaming inflation.

‘Things Will Get Much Worse Before They Get Better’

Even though the prevailing narrative has shifted somewhat from inflation to the potential for a recessionary downturn, experts say price pressures are likely to stick around for longer in a dismal spell of stagflation.

Darius Dale, founder and CEO of 42 Macro, wrote on Twitter that his firm’s econometric models predict “sticky” inflation over the next 2 to 3 quarters. Dale shared a chart projecting that the year-over-year pace of inflation, as reflected by the Consumer Price Index (CPI) would stay at higher than 8 percent until December and at higher than 7 percent until March 2023.

In a similar, but slightly more optimistic vein, Jim Bianco, president of Bianco Research, wrote in a series of Twitter posts that the annual pace of CPI inflation could “persist well into the NFL regular season” at a level higher than 8 percent. The regular season runs into January 2023.

Government data show that CPI rose at a multi-decade high of 8.6 percent in May, with the Cleveland Federal Reserve inflation “nowcast,” which provides a real-time inflation estimate, projecting prices will have accelerated at an even faster pace of 8.7 percent in June when the official data is released later this month.

Renowned economist Nouriel Roubini wrote in a recent op-ed in The Guardian that the debate about persistent versus transitory inflation has now been largely settled.

“’Team Persistent’ won, and ‘Team Transitory’—which previously included most central banks and fiscal authorities—must admit to having been mistaken,” he said.

Roubini expects what he calls a “stagflationary debt crisis,” as persistently high inflation forces central banks to keep monetary settings tight despite signs of a rolling over economy, “thereby increasing the probability of a synchronized global recession.”

“But because the next recession will be stagflationary and accompanied by a financial crisis, the crash in equity markets could be closer to 50 percent,” he wrote. “Things will get much worse before they get better.”