'We are in deep trouble,' Druckenmiller said. 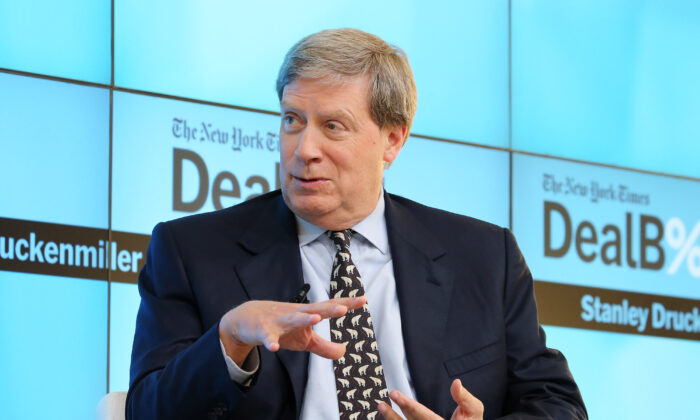 Billionaire investor Stanley Druckenmiller said at an investor summit in New York City on Sept. 28 that he’s worried that the economic downturn stalking the United States could be worse than an “average garden variety” recession.

Druckenmiller said at the Delivering Alpha Investor Summit that he’s convinced it’s impossible for the U.S. economy to experience a so-called “soft landing,” which is a situation when growth slows but the economy avoids falling into a recession.

Instead, his base-case scenario is for a “hard landing” by the end of 2023, driven by the Federal Reserve’s aggressive rate-hiking fight to curtail soaring inflation.

“We are in deep trouble,” the iconic investor said, arguing that years of the Fed’s ultra-easy money policies fueled an asset bubble that is now deflating as the Fed engages in quantitative tightening in a desperate bid to tame runaway prices.

Druckenmiller added that he wouldn’t be surprised if the U.S. downturn isn’t “larger than the so-called average garden variety” recession.

“I don’t rule out something really bad,” he said.

Even though the U.S. economy met the rule-of-thumb definition for a recession when it recorded two consecutive quarters of negative gross domestic product (GDP) growth earlier this year, it has not yet been officially designated as such by the official recession shot-callers at the National Bureau of Economic Research (NBER).

A number of economists insist, however, that the U.S. economy is already in a recession, with the only real question being how long it will last and how deep it will be.

Druckenmiller’s remarks dovetail with views expressed by economist Nouriel Roubini, who’s been dubbed “Dr. Doom” for his pessimistic, yet accurate, prediction of a financial market meltdown in 2007–2008.

Roubini recently predicted a “long and ugly” recession in the United States that will send risk assets plummeting.

“Even in a plain-vanilla recession, the S&P 500 can fall by 30 percent,” Roubini told Bloomberg in a recent interview.

Much like Druckenmiller, Roubini said he expects “a real hard landing,” which could send the benchmark equities index down 40 percent.

Roubini added that it’s “mission impossible” for the Fed to manage a soft landing as it pushes interest rates higher at the most aggressive pace of tightening since the 1980s.

Roubini sees a combination of economic stagnation and persistently high inflation, much like the dreaded spell of stagflation in the 1970s.

Worse Than a ‘Normal’ Recession?

Wednesday’s remarks by Druckenmiller also echo a dire prediction made by Michael Wilson, Morgan Stanley’s chief U.S. equity strategist, who recently warned of a corporate earnings recession that could be worse than a “normal” recession.

Wilson said during an interview with CNBC’s “Squawk Box” on Sept. 26 that his team at Morgan Stanley is looking closely at the U.S. business earnings story and the impact of corporate profits on equities, which have been on a wild ride in recent months.

“We think it’s unavoidable … to avoid an earnings recession, and that’s what matters for stocks,” Wilson said.

His remarks came on the same day that the so-called Wall Street fear gauge soared to its highest level since mid-June, when U.S. equities last hit a bear market bottom.

“Whether it’s earnings or whether it’s the economy, we’re in a cyclical downturn for growth, and that’s the fire and ice scenario to a tee,” Wilson continued, referring to the Fed hiking rates at the same time as growth slows.

Wilson said that businesses are reluctant to cut staff even in the face of deteriorating economic conditions, which would put more pressure on profit margins.

This could lead to a situation wherein corporate earnings plunge but unemployment doesn’t move up meaningfully, he added. Under such circumstances—and if inflation continues to stay high—the Fed is unlikely to hit pause, and so financial conditions would tighten and debt-servicing costs would rise.

“You could have a situation where you don’t get an employment cycle, but the earnings recession is actually worse than if you had a normal recession,” he said.