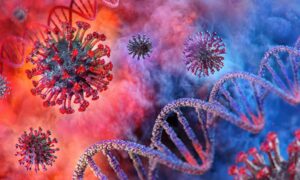 Americans Are Drinking Themselves to Death at Record Rates

Alcohol is killing Americans at a rate not seen in at least 35 years, according to new federal data. Last year, more than 30,700 Americans died from alcohol-induced causes, including alcohol poisoning and cirrhosis, which is primarily caused by alcohol use.

This tally of alcohol-induced fatalities excludes deaths from drunk driving, other accidents, and homicides committed under the influence of alcohol. If those numbers were included the annual toll of deaths directly or indirectly caused by alcohol would be closer to 90,000, according to the Centers for Disease Control and Prevention (CDC).

In recent years, public health experts have focused extensively on overdose deaths from heroin and prescription painkillers, which have risen rapidly since the early 2000s. But in 2014, more people died from alcohol-induced causes (30,722) than from overdoses of prescription painkillers and heroin combined (28,647), according to the CDC.

“Since the prevalence of heavy drinking tends to follow closely with per capita consumption, it is likely that one explanation for the growth in alcohol-related deaths is that more people are drinking more,” he wrote in an email.

The number of American adults who drink at least monthly rose by a small but significant amount between 2002 and 2014—from 54.9 percent to 56.9 percent—according to data from the Substance Abuse and Mental Health Services Administration.

The change has been especially pronounced among women. The percent of women drinking monthly or more rose from 47.9 in 2002 to 51.9 in 2014. And the percentage of women reporting binge drinking—defined as five or more drinks on at least one occasion—rose from 15.7 to 17.4 percent over the same period.

Cook notes that when you adjust the alcohol fatality rates for age, the increase narrows somewhat. That’s because older Americans are at more risk for alcohol-induced diseases, like cirrhosis, and the American population has gotten older over the past several decades. Once you adjust for age, the increase in alcohol-deaths “could plausibly be accounted for by the growth in per capita consumption,” Cook said.

The heaviest drinkers are at the greatest risk for the alcohol-induced causes of mortality charted above. And some drinkers consume plenty of alcohol indeed. Prior research by Cook indicates that the top 10 percent of American adults consume the lion’s share of alcohol in this country—close to 74 drinks a week on average.

For people who drink less, alcohol’s effects on health are less clear-cut. A large body of research seems to indicate that moderate alcohol consumption—around a drink or two a day—is associated with decreased risk of mortality.

But with alcohol, the line between “moderate use” and “dangerous use” can be a thin one. A recent study quantified the risk of death associated with the use of a variety of common recreational drugs. They found that at the level of individual use, alcohol was the deadliest substance, followed by heroin and cocaine. The reason? The ratio between a toxic dose and a typical dose is extremely narrow with alcohol. If you’re happily buzzed at say, three drinks, three more might make you sick, and three after that may put you in alcohol poisoning territory.

For this reason, some researchers are starting to urge public health officials to focus more on the dangers posed by alcohol, and less on the dangers of less toxic drugs, like marijuana and LSD. One way to rein in problem drinking would be to simply raise federal alcohol taxes, which are currently at historically low levels.