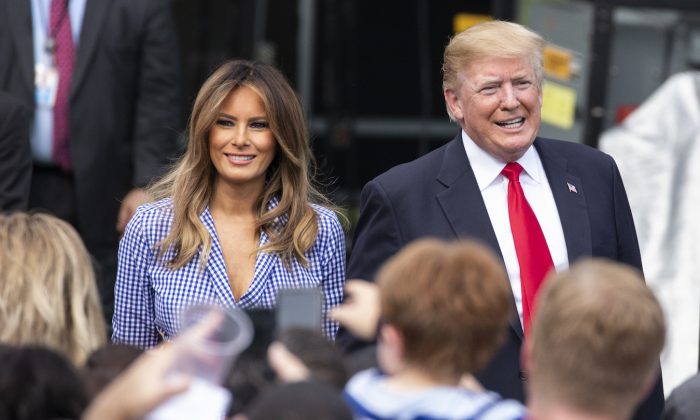 The infamous journalist Dan Rather used to sign off his broadcasts with one word: Courage.

The punctuation to end the evening was projection at its finest, feigning that he was one who had it, or understood it. All the while, he was speaking lies and making up narratives. For the left, that may qualify as courageous, but it ought to strike us as cowardly and hypocritical, hiding behind a virtue that isn’t yours while you make things up.

He’s the poster boy for all that’s wrong with our leftist mainstream media, and the left in general—make stuff up about people you oppose, then claim the moral high ground. They have done this for decades. With Donald Trump, they injected their modus operandi with steroids.

If they had one iota of self-awareness, people like Rather (aka the left-wing mainstream media) would retire, self-reflect on their dishonesty, and try to live a better life—like former FBI Director James Comey should. Alas, these are not the days we live in. Our days are filled with the chattering classes telling us lies while feigning moral and intellectual superiority.

This is one of the many reasons why Trump ran for president, which took a lot of the real virtue that Rather and his leftist friends may never understand.

Because, unlike most politicians, he had to give up an extraordinary life to enter the political world. He was successful in business, a wealthy man. His success with most everything he did was uncanny. He had a family most people appreciate. He was admired. He could have wound down his life at age 70 and enjoyed the fruits of his labors.

But he didn’t. Instead, he took on the most difficult thing his life could have brought him: He ran for president. And as an outsider, too. The normal route to becoming president has been running for, winning, and holding a lower office, as did Obama, or the Bush family, or the Clintons. You start in politics by winning as a congressman, a senator, or a governor. Trump had done nothing of the kind, yet there he was, declaring for the presidency.

A lot of hand-wringing has occurred concerning that decision. A lot of people have tried to second-guess what Trump did, most of them simply making it up. There may be as many theories as pundits. Do a search; it’s mind-boggling what you will find. Here are a few:

• He was conspiring with the Clintons to hurt the GOP and make it easy for Hillary to win.

• He was simply making waves in the political world to boost his visibility in future business dealings.

• He was doing it so he could allow his businesses to thrive and be more profitable if he won.

• He was running to lose, because after running and losing, he could form a huge new media empire.

• He was running to bolster his own ego, since he is such a narcissist.

An article by CBS News’ Will Rahn in August 2016 summarizes the many theories about why he ran, with this quote: “Chances are it’s all quite simple: Trump is an eccentric, making eccentric decisions, and he’s confident that they’ll somehow work because they’ve worked in the past.”

Let me suggest a clear truth: Trump ran because he thought a change was needed, that we needed a president to reset the United States on a better course. He ran because he saw the country he loved going in a terrible direction, aimlessly becoming a second-class nation on a downward spiral, governed by hacks. He wanted to bring back the opportunity he experienced his whole life, one that helped him become successful. He wanted that for his children, his grandchildren, and yours.

He was asked many times when he was younger if he would run for president. His answer was always that he would run only if the country got so bad that it was in jeopardy of failing. He never changed that position. He said that in multiple interviews over multiple decades.

Imagine this: In 1984, The New York Times ran a long, effusive, exuberant, exhaustive day-in-the-life piece about Trump written by William Geist. It recognized his genius, recognized his ability to get things done, and saw him as a master negotiator, implying he might someday negotiate for the United States, implying that maybe he should. Back then, the New York Times considered him as an amazing, multi-talented person to be admired, a man who could get things done. They hoped he might run for president because he was so talented.

They lauded him back then, but in their new zeal and hatred, forgot.

Circling back to why he ran, if you read the transcript of his speech when he announced his candidacy, it’s all you need to understand. It’s where my theory originated. He talked about lots of things that were going awry in this country. He also talked about his vision, how he wanted us to be successful again. In a now-patented Trumpian way, his word-salad method of speaking his mind, he explained it all.

I doubt The New York Times bothered to remember this, but in so many ways, the same Donald Trump they wrote about in that positive manner long ago was the same man they decided to hate. If you set the Times article next to Trump’s announcement that he would run, it’s amazing. He’s the same, just older and wiser.

Did Trump know how harsh the road would be for his campaign?

He knew he would fight the new digital masters of the universe: the search engines, Facebook, Google, et al.

He knew he would have to fight the entrenched power brokers in Washington. He knew they would collude with all those who stood to lose a lot of money if he prevailed; billions of dollars being taken away is a formidable incentive.

Facing all of this, he ran anyway.

Anyone studying his campaign knows that he ran to win. Anyone who chronicled his campaign knows what he had to do to overcome this array of forces. Any casual observer would have to say he simply outworked and outsmarted his opposition, often doing more than one rally per day. In the last week of the campaign, he often did three or more rallies per day. The last two days of the campaign, he did five rallies per day.

It was a public-relations blitz that not even the media could ignore.

And he beat them all.

He knew. It took all of those talents described back in 1984. Anyone who thinks he is now finished, or diminished, or broken by the first two years of non-stop insane opposition doesn’t know Trump in the least. It is in his nature to figure out how to continue winning. Just look at the government shutdown.

It took courage for him to do this. Real courage.

Without which, he couldn’t last a day. Nobody could.