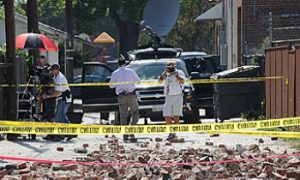 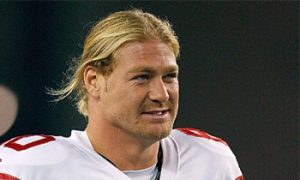 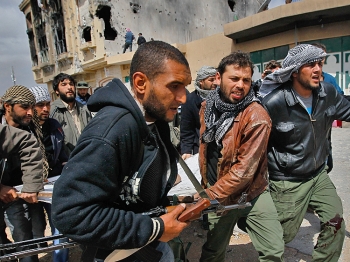 Hondros, an American, was one of the most prolific photographers for Getty and was one of the first to sign up with the company. He officially joined Getty in 2001, according to a blog posting from Getty co-founder Johnathan Klein.

“Chris never shied away from the front line and his work in Libya was no exception,” the post reads.

He suffered injuries while covering events unfolding in the besieged port city of Misrata.

“Chris was an inspiration to me personally and to so many of his friends and colleagues. He will be sorely missed,” wrote Klein.

Hondros, throughout his career, took photos of many hotspots around the world, including the conflicts in Kosovo, Sierra Leona, Angola, Lebanon, Afghanistan, Iraq, Liberia, Kashmir, and Israel’s West Bank.

He received a multitude of accolades, including the prestigious World Press Photo award and was featured in the International Pictures of the Year Competition. He was also nominated for Pulitzer Prize in 2006 for his work in Liberia.

“Chris was a true hero in his dedication and commitment to bringing the important news and the stories of those less fortunate to us all—from far off places,” wrote Klein. "He reminded us of our common humanity.”

Hetherington was similarly killed in Misrata. He extensively covered conflicts throughout the world and was nominated for an Academy Award for his documentary on the war in Afghanistan, "Restrepo."

Misrata has been under siege for the past two months and is the center of conflict in the war-torn North African nation.