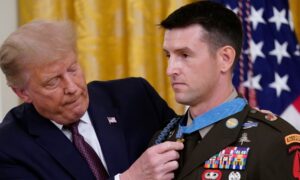 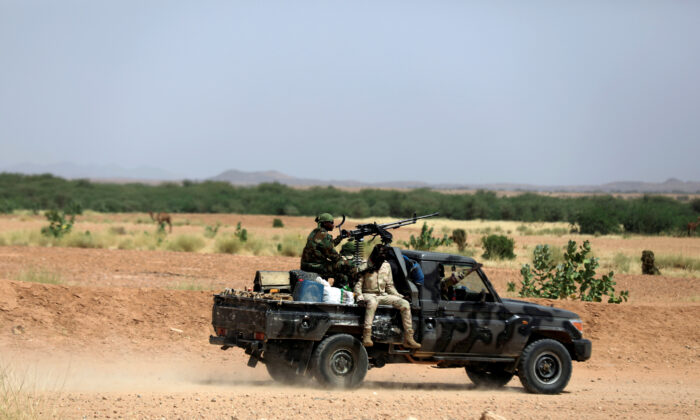 Nigerian army soldiers board a pickup to escort Nigerians heading north towards Libya as they leave Agadez, Niger on Oct. 29, 2019. (Zohra Bensemra/Reuters)
US News

American Hostage Kidnapped in West Africa Rescued by US Forces

An American hostage held by a group of armed men in West Africa was rescued early on Oct. 31 during a rescue operation by U.S. special forces.

Counterintelligence officials told Fox News and ABC News that the elite SEAL Team 6 carried out the mission to rescue 27-year-old Philip Walton, who was kidnapped in Niger early last week when six armed men took him across the border into northern Nigeria.

Walton lives with his wife, young daughter, and brother on a farm near the border with Nigeria.

The Pentagon confirmed the operation, saying that Walton is safe and in the care of the State Department. They added that no U.S. military personnel were injured during the operation.

“The United States will continue to protect our people and our interests anywhere in the world,” Pentagon spokesman Jonathan Hoffman said in a statement.

The State Department also issued a statement on the operation, saying that the United States is committed to working toward the safe return of all its citizens taken captive.

“We delivered on that commitment late last night in Nigeria, where some of our bravest and most skilled warriors rescued a U.S. citizen after a group of armed men took him hostage across the border in Niger,” the statement said.

“Thanks to the extraordinary courage and capabilities of our military, the support of our intelligence professionals, and our diplomatic efforts, the hostage will be reunited with his family.”

Niger, like much of West Africa’s Sahel region, faces a deepening security crisis as groups with links to terror groups al-Qaida and ISIS carry out attacks on the army and civilians.