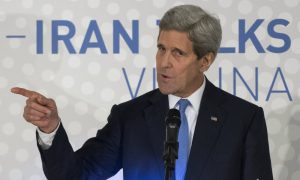 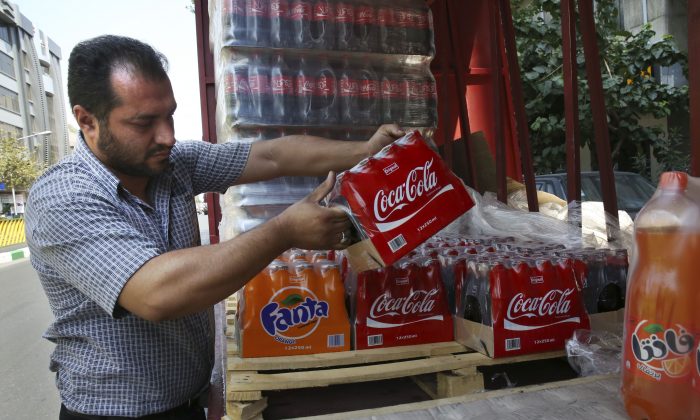 In this Wednesday, Aug. 5, 2015 photo, an Iranian worker adjusts bottles of Coca-Cola on a truck while delivering soft drink to shops in Tehran, Iran. (AP Photo/Vahid Salemi)
Middle East

American Culture, From Fast Food to Actors, Seeps Into Iran

TEHRAN, Iran — Shortly after Iran reached a nuclear deal with world powers, a local newspaper in Tehran published an image that many outside the country would take for granted: An American actor hawking an expensive watch.

But John Travolta’s blue eyes staring out of the advertisement, which showed him sitting next to NASA’s X-15 experimental rocket jet on a California runway, offered a dose of Americana rarely seen since the 1979 Islamic Revolution. And soon, there could be even more.

Businesses worldwide want to get into Iran, home to some 80 million people, oil and gas reserves and a sizable middle class craving U.S. brands. Though hard-liners worry that could corrupt the Islamic nation, others have opened their minds to the idea of having them around.

“We have had economic dealings with the United States in the past,” said Mohsen Jalalpour, head of Iran’s Chamber of Commerce. “Americans are very interested in some Iranian goods and some American goods are popular with Iranians as well. Popularity of the brands and this background can be helpful.”

Hundreds of thousands of Iranians call the U.S. home. Those still in Iran have exposure to America through bootleg DVDs and television shows streamed online via virtual private networks allowing them to get around Internet censors. Those who can afford it can make the quick flight to Dubai, where nearly every global brand has a presence.

But the nuclear deal, which would lift sanctions in exchange for restrictions on Iran’s atomic program, would open even more doors. In April, even Supreme Leader Ayatollah Ali Khamenei said the nuclear talks with the U.S. might lead to negotiations about other issues in the future.

That’s a departure from the decades of suspicion between the two countries. Iranians long despised the U.S. for being involved in the 1953 coup that overthrew its elected prime minister and installed the Western-backed shah. For the U.S., anger over the embassy hostage crisis that saw 52 Americans held for 444 days still lingers.

But now, under the nuclear deal, businesses are looking at Iran as a major market. And those within want more access to products like iPhones, said Amir Rezvani, the sales manager of Vaghaye Gostare Fars Co., which imports Apple devices.

“Iranian people would welcome Apple and they love Apple products,” Rezvani said. “I believe the entrance of such companies to Iran will benefit the people and at the same time, bring great profits for these companies.”

Apple had no comment when asked about potential plans for Iran.

Even McDonald’s Corp., whose golden arches have yet to be raised in Iran, has an online application for those interested in franchise opportunities in the Islamic Republic. McDonald’s says it has not “set a firm date” for expanding there, but some hard-liners are warning of a coming red-white-and-blue cultural invasion. A rumor of a McDonald’s opening in Tehran in 1994 saw the site burned down.

“Let’s be careful that Americans do not replace sanctions with sandwiches,” said Ezzatollah Zarghami, a hard-liner who once presided over Iran’s state broadcasting company.

McDonald’s declined to comment on its plans for Iran. But even now, a knock-off version of McDonald’s — “Mash Donald’s” — exists in Tehran, selling burgers and fries. And its owner welcomes the competition.

“They should be allowed to come,” restaurateur Hassan Padiav said. “What is the reason for all the opposition? Nothing bad would happen.”