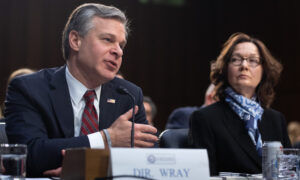 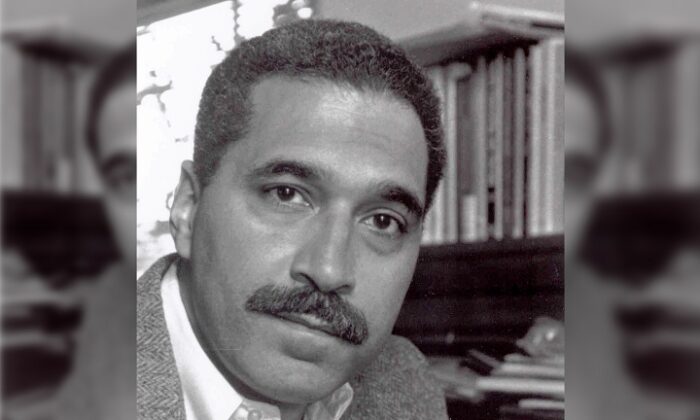 Many of us, myself included, regard Shelby Steele—the Hoover Institute scholar and author of the seminal “White Guilt”—as the leading thinker on matters of race in our time.

He and his son Eli have made a feature-length documentary—“What Killed Michael Brown?”—that, incredibly because of Steele’s reputation and because of the intelligence and sophistication of the work—has been rejected for its “content” (really censored or banned) by Amazon, where it was initially supposed to debut by streaming on Oct. 16.

Who the junior league Torquemadas are who did this is unclear, but it’s a blot on Jeff Bezos’s reputation that he should never outlive. Although the First Amendment doesn’t necessarily apply to private companies, the tech behemoths have already transcended the wildest dreams of the founders in their global reach and need to be reined in significantly.

But enough about the well-known malfeasance of the technology giants who have a habit of suppressing information they don’t like. What about the movie, which, fortunately, will be available on Vimeo on the premiere date?

The documentary—written and narrated by Shelby, and directed and photographed by Eli—is exceptionally well-made, powerful, moving, sometimes searing, and, in its inevitable conclusion, ineffably sad.

Although it deals with the subject, this film isn’t just the umpteenth retelling of how so many people, led by the media and exploitative political leaders of the Sharpton ilk, began to believe the supposedly cop-as-racist-murderer lie of “Hands Up! Don’t Shoot!” in the Ferguson/Michael Brown affair.

It’s far more than that. It places this tragedy in the context of a retelling of the history of the civil rights movement from the positive and productive days of Martin Luther King Jr. through the era of Black Power and the Panthers that the young Shelby himself participated in, to the violent, self-destructive desecrations of Black Lives Matter we are living through today. BLM was created out of the Ferguson riots.

The film is in many ways a visual version of Steele’s “White Guilt.” It’s the outgrowth of that liberal guilt, largely about the whites themselves because its real intention was and is to exonerate themselves, to shield them from accusations of racism, Shelby avers, that has led to the downfall of black society.

The result of that guilt has been the addiction of African Americans to free welfare programs, making them charity cases and depriving them—in a word Steele repeats in the film several times—of “agency,” which is the ability to act and succeed for themselves.

This is something every human needs for a positive life and the film shows this dramatized in the story of a humble St. Louis neighborhood where black homeowners were dispossessed in the 1950s to build a large high-rise, low-income housing project (Pruitt-Igoe).

Without an ownership stake in their community (“personal agency”—it was no longer their own, but a government handout) the project soon evolved into a cesspool of gangs, drugs, prostitution, crime, broken homes, and abject poverty in a pattern we recognize today. By the 1970s, the project was entirely demolished with explosives.

Shelby narrates this and similar events in the sonorous, knowing tone of someone who has been there and done that, which he has. He also gives us glimpses into his own story that parallels and interacts with these events up to the end when he takes us to the Kentucky farm where his family was enslaved.

Those who know his books and articles won’t be surprised that the narration is brilliantly written. It’s not often you stop a video to jot down telling phrases—actually, I had never done it before. One of the more redolent is Steele’s use of the term “poetic truth” (used by liberals) as opposed to the real truth.

Apropos of that, “What Killed Michael Brown?” is a mystery, not only in its title but in its structure. And like any good mystery, it has a McGuffin, a tell-tale device or event that motivates everything. In this case, it’s an event and I don’t think I am betraying Shelby and Eli by revealing it, because I doubt it will destroy the film for viewers.

The ideology that dominated then and still does is what made poor Michael Brown into the lost human being he was.

Or as Shelby puts it, while strolling around that Kentucky farm, “The liberalism that came out of the ’60s has proven to be more oppressive [to black people] than Jim Crow.” He adds that the bigotry of Jim Crow was external and observable, thus presumably containable; the liberals wanted your soul. (That part gave me the shivers because I was one of them.)

Despite not being particularly popular in Hollywood anymore, I am still a member of the Motion Picture Academy and vote in the Oscars, though I’m not a member of the documentary committee that nominates in that area. Were I, however, it would make little difference because the “poetic truth” (Shelby’s words again) of the committee members would undoubtedly necessitate their rejecting this film outright.

Nevertheless, it deserves a nomination. See it and tell your friends.

Roger L. Simon is an award-winning novelist, Oscar-nominated screenwriter, co-founder of PJMedia, and now, a columnist for The Epoch Times. Find him on Parler and Twitter @rogerlsimon. Buy (and enjoy) his books on Amazon.