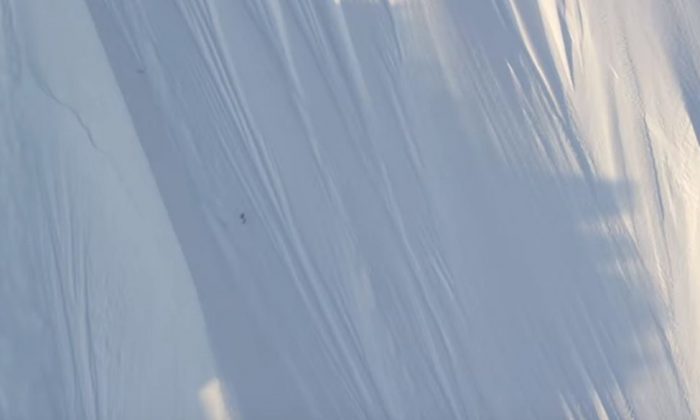 Professional skier Ian McIntosh somehow survived a 1,600-foot fall down the Neacola mountain range in Alaska, and it was captured on camera.

McIntosh fell down the mountain on April 10 during the making of a ski and snowboarding movie called “Paradise Waits.” The company uploaded the footage on YouTube a week ago.

Todd Jones with Teton Gravity Research, the firm behind the video, said the fall “was the most terrifying crash I’ve ever seen,” according to a blog post.

McIntosh dropped into a line that he thought he studied thoroughly enough, but he instead fell into a five-foot-deep trench.

“From there, my slough took over and their was no way to stop, I pulled my airbag to help prevent against any possible trauma injuries as I tumbled to the bottom,” McIntosh, 24 said. The whole fall lasted less than a minute.

McIntosh’s screaming could be heard throughout the video. The extent of his injuries after the plunge were not detailed.

Teton Gravity Research spokesman Eric Henderson told NBC News that McIntosh was “able to walk away” from the crash, adding that “he’s a big guy and he muscled his way” up and out of the snow.