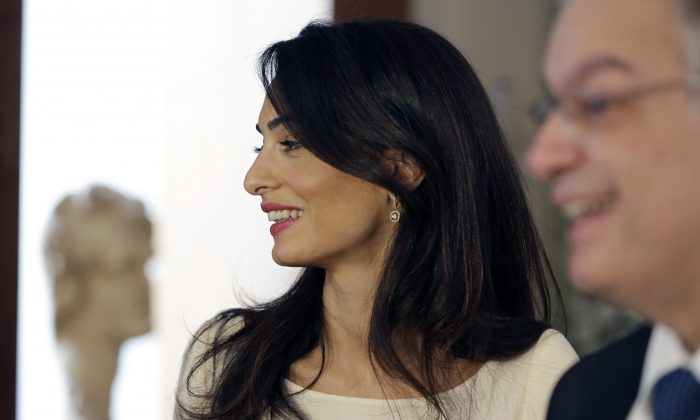 Amal Clooney, the human rights lawyer who recently married George Clooney, was threatened with arrest in Egypt after publicizing flaws in the country’s judicial system.

Clooney identified flaws in the system that contributed to the conviction of three al-Jazeera journalists who are now in jail in Cairo.

Clooney, who represented the reporters, said she first published about the flaws in a February 2014 report about Egyptian courts.

Officials called the International Bar Association report so controversial that they threatened her and her team with arrest if they tried to present its findings inside the country.

“When I went to launch the report, first of all they stopped us from doing it in Cairo,” Clooney told the Guardian. “They said: ‘Does the report criticise the army, the judiciary, or the government?’ We said: ‘Well, yes.’ They said: ‘Well then, you’re risking arrest.'”

The report found that the country’s judicial system includes flaws such as officials having wide powers over nominally independent judges.

Clooney in the report recommend ending or reforming multiple practices, such as the one that allows officials to handpick judges for some cases.

“That recommendation wasn’t followed, and we’ve seen the results of that in this particular case where you had a handpicked panel led by a judge who is known for dispensing brutal verdicts,” Clooney said “And this one was no different.”

The three journalists that Clooney is representing were granted a retrial due to problems with the process, but the lawyer fears an upholding of the conviction due to the flaws still present in the system.