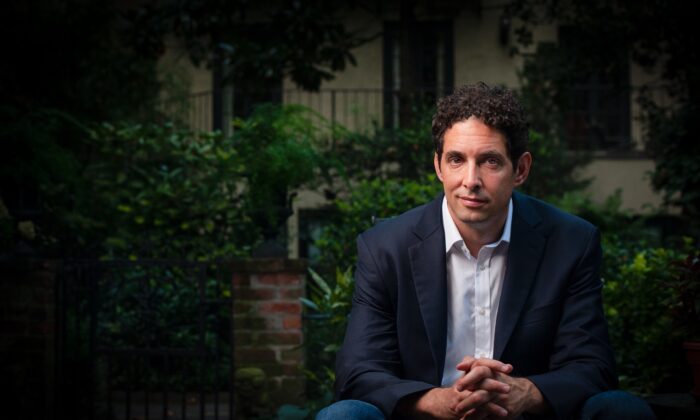 Journalist Alex Berenson said on Aug. 12 that he plans to sue President Joe Biden and other government officials for pressuring Twitter to ban him.

“I don’t have a target date yet, but I would like to move as quickly as possible. I believe I have a powerful claim and I want federal courts to hear it,” Berenson told The Epoch Times in an email.

Berenson plans to file the lawsuit in federal court and name Andy Slavitt, a onetime White House COVID-19 response official, as a defendant.

Among the evidence backing the alleged First Amendment violation: internal April 2021 messages from Twitter employees discussing a meeting with Slavitt and other White House officials.

“How was WH,” one of the workers wrote in an internal Slack channel, according to screenshots Berenson published on Friday.

“Overall, pretty good! they had one really tough question about why Alex Berenson hasn’t been kicked off from the platform,” another worker responded.

In another set of messages, one worker asked if there were any “high level takeaways from the meeting,” prompting a colleague to say that “they really wanted to know about Alex Berenson.”

“Andy Slavitt suggested they had seen data [visualizations] that had showed he was the epicenter of disinfo[rmation] that radiated outwards to the persuadable public,” the colleague added.

Berenson obtained the messages as part of his suit against Twitter, which was voluntarily dismissed in July after Twitter agreed to lift the ban.

In that case, a federal judge had said evidence indicated Twitter violated its own policies in banning Berenson in 2021 for allegedly spreading misinformation about COVID-19.

Berenson, formerly of the New York Times, was reinstated to Twitter on July 6.

“The parties have come to a mutually acceptable resolution. Twitter has reinstated Mr. Berenson’s account. Upon further review, Twitter acknowledges Mr. Berenson’s Tweets should not have led to his account’s suspension at that time,” a Twitter spokesperson told The Epoch Times in an email at the time.

Twitter, the White House, and Slavitt did not return requests for comment on Berenson’s planned suit, and the reported internal messages.

Berenson said he’s also obtained internal Twitter emails as well as missives to Twitter employees from outside parties and other documents, but has chosen not to post them at this time.

The attorneys general of Missouri and Louisiana, meanwhile, sued the Biden administration, Twitter, and other parties over alleged collusion, and are expected to receive discovery soon.