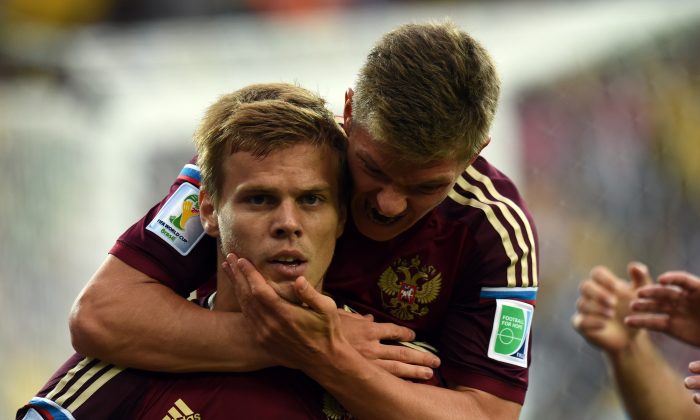 Russia's forward Alexander Kokorin (L) is embraced by Russia's midfielder Oleg Shatov after scoring during the Group H football match between Algeria and Russia at The Baixada Arena in Curitiba on June 26, 2014, during the 2014 FIFA World Cup. (PHILIPPE DESMAZES/AFP/Getty Images)
Soccer

Dmitriy Kombaro provided the assist with a cross.

World Cup: 7 teams vying for 3 spots in 2nd round