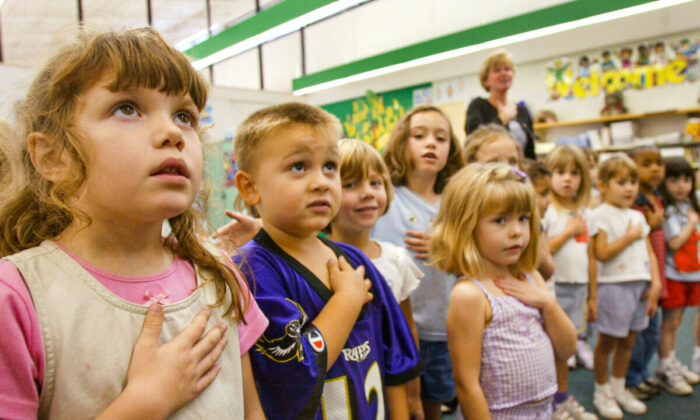 The Alabama legislature has passed a bill that restricts access to bathrooms for transgenders, based on their birth sex, and bans the discussion of gender and sexual identities among younger school kids.

The bill, HB 322, was passed by the Senate with a vote of 26 to 5, and then by the House of Representatives with a vote of 70 to 26. “A public K-12 school shall require every multiple occupancy restroom or changing area designated for student use to be used by individuals based on their biological sex,” the bill (pdf) states.

The rule does not apply if a transgender is entering a bathroom to render medical assistance, to receive assistance, while accompanying a student in need of assistance, or other exceptional circumstances. The bill is similar to legislation passed in North Carolina back in 2017 which was later partly repealed after multiple businesses threatened to exit the state.

Filed by state Rep. Scott Stadthagen, the bill was amended by state Sen. Shay Shelnutt, both Republicans, prior to the Thursday vote to add a rule banning the discussion of “sexual orientation or gender identity” by an individual or group of individuals providing classroom instruction to students from kindergarten to fifth grade at public K-12 schools in a manner that is “not age-appropriate or developmentally appropriate for students in accordance with state standards.”

The amendment done by Shelnutt is similar to a bill signed into law by Florida Governor Ron DeSantis in late March. Called the “Parental Rights in Education” bill, it also prohibits classroom discussion of sexual orientation among students in kindergarten to third grade.

At a Senate committee meeting on Tuesday, there was intense debate on the bill. Stadthagen pointed out that the bill was meant to protect girls.

Regarding the amendment made by Shelnutt, Stadthagen supports the change, saying that kids up to the fifth grade must not be introduced to topics of sexual and gender identity. When it happens, it must only be via their parents, he said.

HB 322 now heads over to Republican Gov. Kay Ivey for approval. Though Ivey has not indicated whether she will sign the bill, the governor did approve a measure last year that blocked transgender girls from competing in female sports at schools.

HB 322 will either become effective on the first day of the third month after its passage and approval by the governor, “or its otherwise becoming law,” the bill text states.