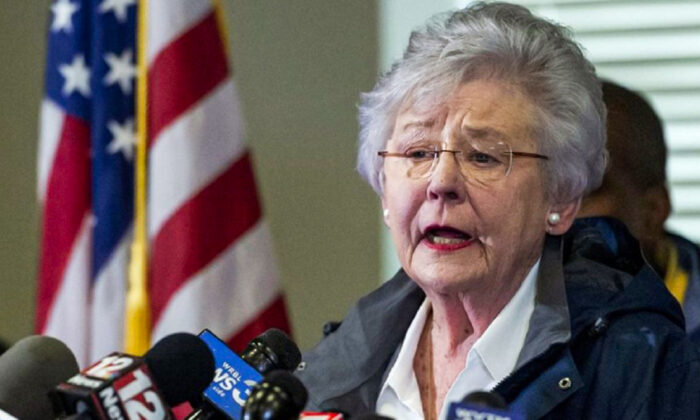 Alabama House Bill 272, also known as the Constitutional Carry Bill, eliminates certain restrictions on concealed carry of pistols and transporting a handgun in a private vehicle.

The bill also established a $5 million fund to offset the revenue loss of local governments.

The bill was sponsored by state Rep. Shane Stringer and cosponsored by 36 other Republicans in the state House.

The new law will go into effect on Jan. 1 when Alabama will become the 22nd constitutional carry state.

Ivey regarded the signing of the law as an act to defend Second Amendment rights.

“Unlike states who are doing everything in their power to make it harder for law abiding citizens, Alabama is reaffirming our commitment to defending our Second Amendment rights,” She said in a statement. “I have always stood up for the rights of law abiding gunowners, and I am proud to do that again today.”

Supporters of the bill said it will help citizens protect themselves.

“As law enforcement is being defunded and criminals aren’t being prosecuted, it is more important than ever that law-abiding Americans right to protect themselves, their loved ones, and their homes is fully recognized,” National Rifle Association (NRA) Alabama State Director Art Thomm said in a statement.

During a February hearing about the bill, Leeds Police Department chief Paul Irwin warned that elimination of the permit requirement will allow more illegal guns on the streets.

However, Cullman County Sheriff Matt Gentry said he supports the bill because even a loaded AR-15 can be carried anywhere in Alabama without a permit.