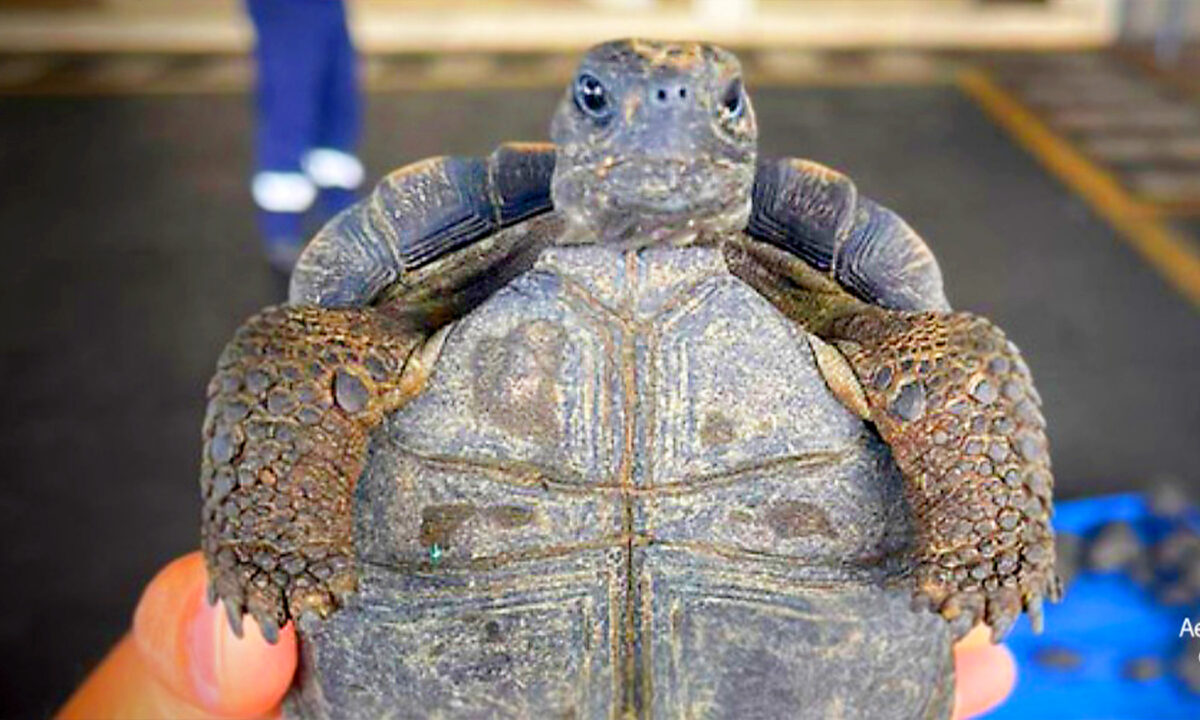 Airport customs officials in Ecuador have intercepted a suitcase packed with 185 baby tortoises, en route from the Galápagos Islands to the mainland. Individually wrapped in plastic, the hatchlings were discovered during a routine baggage inspection on March 28.

Officials at Galápagos Ecological Airport on the island of Baltra estimated that the tortoises were less than 3 months old, reports the BBC. Sadly, 10 of them had died in transit.

The suitcase, marked “souvenirs,” was turned in by a transport firm shuttle bound for the city of Guayaquil. Officials believe the smugglers packed the hatchlings tightly in plastic wrap so that no movement would be detected by airport baggage X-ray machines. Yet staffers were suspicious.

As a participant in an effort to combat wildlife trafficking internationally—The Buckingham Palace Declaration—Galápagos airport authorities “consistently train [their] staff and commit to notifying the relevant police authorities on shipments suspected of containing illegal wildlife and its products,” they stated.

Ecuador’s environment minister Marcelo Mata condemned the smuggling on Twitter as “crimes against wildlife and the natural heritage of Ecuadorians.”

Smuggling animals from the Galápagos carries a sentence of one to three years in prison. To date, nobody has been arrested in connection to the 185 trafficked tortoises, but members of the transport firm were held for questioning. Police investigation is ongoing.

The 175 surviving hatchlings were placed in the care of Galápagos National Park.

Galápagos tortoises, the longest-lived of all vertebrates, with lifespans of over 100 years on average, are one of many species that are unique to these Pacific Ocean islands.

As an endangered species, the tortoise faces illegal trafficking for the exotic pet trade as one of the biggest threats to its existence.