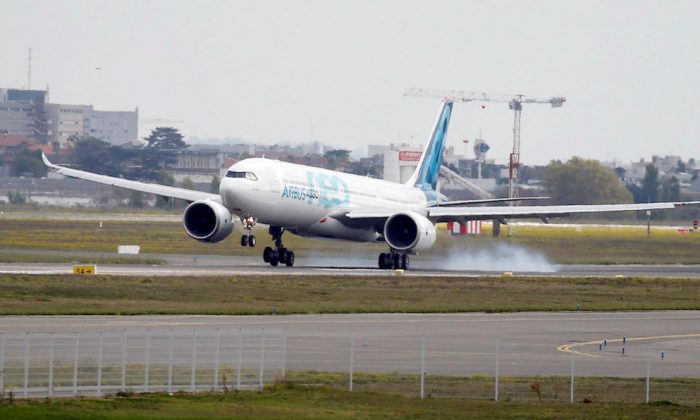 PARIS/NEW YORK—Airbus’s hopes of winning an immediate respite from slow sales of its A330neo jetliner with an order from United Airlines are dwindling, leaving a gap in future production weeks before it is due to enter service, industry sources said on Friday.

Airbus has been competing with Boeing to replace all or part of a fleet of some 50 Boeing 767s at United Airlines, people familiar with the discussions say.

Others said Airbus had made an unsolicited offer to try to head off plans by United to use rights to buy more Boeing 787s.

It’s the latest twist in one of the fiercest recent jet market battles, pitting Boeing’s 787 against the latest type of A330, with Boeing so far holding the upper hand.

“Airbus doesn’t have United,” one person familiar with the matter told Reuters, though others did not exclude a chance to compete for a second tranche of business later.

Sources say Boeing has an advantage in any competition because United already flies its 787 and has options for more.

Airbus is keen to clinch a deal after losing to the 787 at two other U.S. carriers.

It also hopes to defend planned production rates, which have only just been lowered due to weak demand.

Airbus has sold 214 A330neos to around 13 customers led by AirAsia, which has been giving mixed signals over whether it plans to take the jets or switch to Boeing.

AirAsia Group boss Tony Fernandes said this week the A330neo was still the “favorite choice” but he was delaying a final decision until he saw how the jet performed.

America’s withdrawal from the Iran nuclear accord threatens the sale of 28 A330neos to IranAir.

Another reason Airbus wants to add a new marquee customer is that it would make it easier for airlines to finance A330neo purchases, and potentially hold back the tide of 787 sales under a hard-charging new Boeing leadership, financial sources said.

Banks add risk factors and toughen the terms when backing thinly sold jets and the risk is that the more popular 787 could become cheaper to finance, even though the price of an A330neo is lower after allowing for market discounts.

Airbus has said it is confident about long-term demand and is talking to several airlines about the 310-seat plane.

“It’s a big segment and we think we have the right airplane at the right time,” Airbus Americas Chairman Jeff Knittel said.

By Tim Hepher and Alana Wise