Air Force F-35 Crashes at Base in Utah: Officials 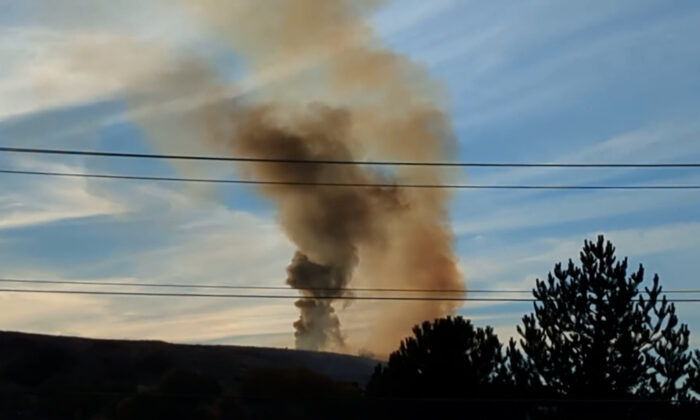 An F-35 fighter jet crashed at an Air Force base in Utah on Wednesday, with the pilot having ejected from the aircraft prior to the crash, officials said.

“At approximately 6:15 p.m. an F-35 A Lightning II crashed at the north end of Hill Air Force Base runway. On and off base emergency crews responded immediately,” the 388th Fighter Wing announced on Twitter.

It also stated: “The pilot ejected, was recovered and has been taken to local medical center for observation. The cause of the crash is unknown and will be investigated.”

Hill Air Force Base about 30 miles (48 km) north of Utah’s capital, Salt Lake City. According to its website, it is an Air Force Materiel Command base, and is Air Force’s “second largest base by population and geographical size.”

Rep. Blake Moore (R-Utah), who represents Congressional District 1, where Hill Air Force Base is located, said on Twitter he and his team are monitoring the situation. “We are grateful to the emergency crews for their rapid response,” he also said.

“Flying military aircraft is a risky business that we all accept when we go do it,” said Col. Craig Andrle, 388th Fighter Wing Commander, reported KUTV. “First and foremost, we’re thankful that he’s okay, he got out of the aircraft. We’re thankful that nobody on the ground was injured.”

Andrle said at a Wednesday night news briefing that the pilot was returning from a routine training mission, reported CBS.

The pilot had landed near the property of Brock Thurgood, who told KSL.com that the pilot was “walking and he was coherent.”

“He was waving his arms and yelling and walking down towards us and it was the pilot. I don’t really think there’s much to say other than that he’s OK, and that’s the most important part,” Thurgood told the outlet. He added that he, his daughter, and two other local residents sat with the pilot until first responders arrived.

“I don’t know how I’d be after I was in a plane crash, but he was surprisingly tough,” Thurgood said.