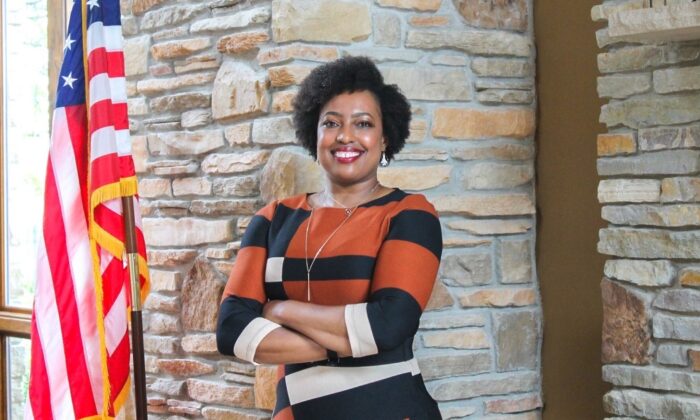 The U.S. Air Force (USAF) has admitted to illegally leaking 2022 congressional candidate Jennifer-Ruth Green’s private information about a sexual assault Green faced while in the military, a leak that came just before the midterm election.

In October 2022, the USAF told The Epoch Times that “preliminary findings” indicated that “information from Jennifer-Ruth Green’s service record was released to a third party by a junior individual who didn’t follow proper procedures and obtain required consent,” USAF Chief of Media Operations Ann Stefanek said in an email.

“The Department of the Air Force takes its responsibility to safeguard private information seriously and the matter remains under investigation,” Stefanek added.

After the unknown party obtained the documents, they were handed over to Politico, which published a story about Green’s sexual assault.

Specifically, Politico published Green’s Officer Performance Report (OPR), a document that federal guidelines do not permit to be made public without the consent of the person in question. Politico claimed that the documents had been obtained through a public records request.

Politico did not respond to a request for comment.

Under existing guidelines, people may obtain the military records of another person, but only under relatively strict parameters.

By filling out a Standard Form 180 (SF-180), the next of kin of military veterans, which archives.gov describes as “the un-remarried widow or widower, son, daughter, father, mother, brother or sister of the … veteran” is permitted to retrieve the documents of their father, mother, or spouse who served in the military.

However, this is only permissible without the veteran’s consent if the veteran in question has passed away.

Archives.gov emphasizes that to retrieve records through an SF-180, “Next-of-kin must provide proof of death of the veteran, such as a copy of the death certificate, a letter from the funeral home or a published obituary.”

In cases where the veteran is still alive, they must give express consent to allow these documents to be made public.

In the article publishing the records, Politico claimed that they had been obtained by legal means under a Freedom of Information Act request. This, the USAF confirmed, is incorrect.

Green’s OPR documents were released under SF-180 procedures but against guidelines, as she did not give permission for the release. This publicized her sexual assault against her wishes for the matter to remain private.

Stefanek confirmed that the USAF was accepting fault for the leak in an email.

She told The Epoch Times that the branch is taking steps to ensure that a similar leak does not happen in the future.

“The Air Force undertook a thorough review of our records-release procedures, elevated the approval level for release of information to third parties, and conducted intensified retraining for personnel who handle record requests,” Stefanek said.

She also clarified that the information was released under an SF-180 request.

Green told Fox News that she felt “vindicated” by the admission, but said she remained “frustrated.”

Green said: “I feel like I’m vindicated in what I’ve been saying all along. There are people that accused me of trying to have a last ditch smear effort on the congressman, and the DCCC [Democratic Congressional Campaign Committee], and the Democrat machine.”

“It happened exactly how I said it happened. My documents were obtained not through a [Freedom of Information Act] FOIA request like Politico falsely claimed. Politico’s lawyers knew better, they knew these documents couldn’t be obtained through FOIA, and they worked to be part of the Democrat smear machine,” Green said, adding, “they lied to cover their tracks.”

“I believe Congressman Frank Mrvan illegally obtained those documents and was floating them around to [the] press,” Green told Fox News at the time. “That’s what our political team told us, that they were farming it out to several different press outlets to see who could write a very disgusting, ugly smear piece against me with the intent to paint me as a disgraced military officer.”

Mrvan’s office did not reply to a request to comment on the allegations.

Green’s story got the attention of Sen. Tom Cotton (R-Ark.), who echoed Green’s concerns that there were political motivations behind the breach of protocol.

“On October 7, 2022, Politico published highly private information from the military records of Lieutenant Colonel Jennifer-Ruth Green, USAF, including both the contents of her Officer Performance Reports and her own detailed account of being sexually assaulted while serving in Iraq—an assault she had chosen to keep private until Politico decided to ignore her objections and publish the details anyway,” Cotton wrote in a letter to Secretary of the Air Force Frank Kendall and National Guard Bureau Chief Daniel Hokansan.

In the Politico article, Cotton noted, the reporter responsible contended that “the documents … were obtained by a public records request and provided to [Politico.]” According to the reporter, these documents were obtained in accordance with the guidelines of the Freedom of Information Act (FOIA).

However, Cotton noted, these kinds of documents cannot be revealed without the express consent of the subject of such documents.

Cotton said, “The release of Lt. Col Green’s personnel records appears to be a grave violation of both Lt. Col. Green’s privacy and federal law.”

Cotton also noted that the release of these documents may have had nefarious and partisan goals in view of the proximity of the 2022 midterms when the documents were released.

“Of additional concern is the appearance that the party responsible for releasing these Air Force documents may be exploiting private matters, including a sexual assault, for partisan purposes to interfere in the democratic process just weeks before an election,” Cotton concluded, closing the letter out with a demand for a prompt explanation of how the documents were leaked.

Still, questions remain as to who leaked the documents, or if they were conscripted to do so by outside groups, as Green and Cotton have contended.

In November, Green faced off against the incumbent Mrvan in Indiana’s first congressional district. In the blue-leaning district, Mrvan defeated Green 52.8 percent to Green’s 47.2 percent.

Released just before the election, it is unclear what impact the leaked documents may have had on the outcome.