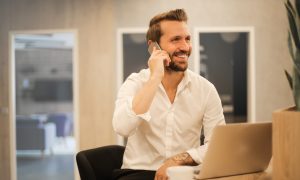 A New Approach for When You’re Overcommitted and Overloaded
0 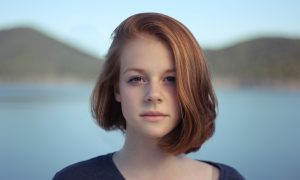 Training the Mind: The Most Important Workout You’ll do in 2019
0 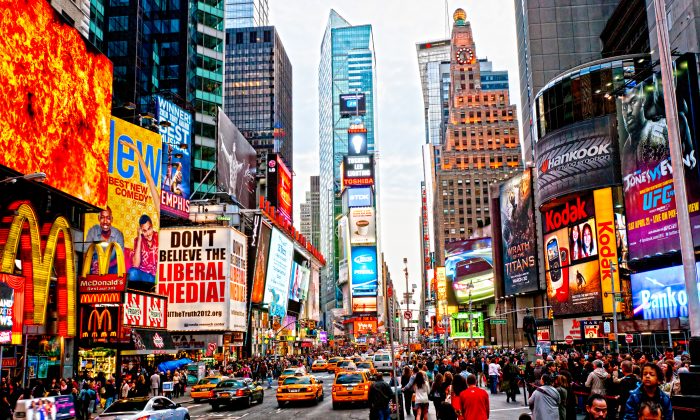 Some experts estimate we are bombarded with up to 5,000 advertising messages a day. (Luciano Mortula - LGM/Shutterstock)
Mental Wellness

Advertising Overload: Guarding Your Mind in the Age of Consumption

We absorb far more advertising messages than we think, and that has an impact on our thoughts and emotions
By Conan Milner
Print

We seek media for information and entertainment, but media seeks something from us too. In order to watch a video or read an article online, you’ll probably be forced to see an advertisement.

And companies pay a lot to make sure we see them. An estimated $579 billion was spent on advertising worldwide in 2016, up nearly five percent from the year before. Ad spending in 2019 is estimated at $639 billion.

According to Isha Edwards, a brand marketing consultant in Atlanta, Georgia, ads are designed to make people react in a particular way—which makes it all the more important to be mindful of the media we consume.

Emerging techniques in neuromarketing utilize your smartphone and other wearable technology to measure your subconscious reactions to a product or message.

“We play with your subconscious mind,” Edwards said. “Recording artists, film, television—any type of storyteller does the same thing. They don’t all have evil intentions … but from a marketing standpoint, it’s very tactical. We’re not just sharing, we’re trying to get you to act on what we share.”

This is what advertisers refer to as an “impression”—a subtle yet persistent command that advertisers use to get your mind to reach a desired conclusion. Often it’s not obvious or overt—manifesting in consumers as a small unconscious bias; a subtle like or dislike for certain things.

The key strategy in promoting an impression is repetition, because marketers know the more you’re exposed to a message, the more likely it is that you will react.

“People don’t think these messages impact them but they do,” Edwards said. “If media makes that same impression over and over, your mind will say, ‘I’ve seen this seven times, so this must be important.’ You either consciously make a choice of dismissing it, or say, ‘Oh, Macy’s is having a sale.'”

The Power of Branding

Archeologists have found advertisements that are over 3,000 years old. But back then, even in urban areas, ad exposure was minimal and contained. Posters and graffiti that announced events, showed goods, or endorsed political candidates were concentrated to highly trafficked sections of town.

Today, ads are virtually inescapable. Experts estimate that we’re exposed to as many as 5,000 ads a day. Of course, we can’t process all of it, and much of it we can tune out. But Edwards says that even the ads we don’t consciously register do have an impact.

“Your brain is so spectacular, it picks up everything,” she said. “A lot of it is subliminal and a lot of times you don’t know that you’re being impacted by what you see, feel, and hear until it connects to an experience.”

The American motion picture is the greatest unconscious carrier of propaganda in the world today.
— Edward Bernays

A 2007 study from the University College of London found that invisible, subliminal images do in fact attract the brain’s attention on a subconscious level. The findings led to a ban on subliminal advertising in the United Kingdom.

Advertisers are well aware of how these messages impact the brain. Emerging techniques in neuromarketing can now utilize your smartphone and other wearable technology to measure your subconscious reactions to a product or message.

This is just one of many tools used to better capture our attention. With so many ads saturating the marketplace, the fight for exposure has never been more fierce.

This is why companies devote so much effort to building an indelible brand. In the past, branding referred to a hot iron that burned a mark on people, animals, or objects to signify ownership. Today, branding is used figuratively to describe a process of burning a message in your mind.

“We know that it takes multiple impressions (six to seven) before a concept or brand is sealed in a person’s mind. Otherwise, we wouldn’t do it,” Edwards said.

Good branding can convince you to make a purchase, but the ultimate branding objective is forging a lifelong relationship with consumers. If this emotional connection can be maintained, the consumer will be forever devoted to your product.

The branding that worked on our parents or grandparents seems crude and quaint by current standards. In order to make an impression today, ads need to be funnier, sexier, or more relatable to be heard over the ever-increasing volume of messages competing for our attention.

Commercials now often feature bizarre content that is totally unrelated to the product being sold. It may seem silly, but the marketing is effective if it makes you remember the brand. A case in point is Mountain Dew’s 2016 Super Bowl ad featuring a hybrid puppy-monkey-baby character.

Advertising is vital for companies to deliver their message to consumers, but Edwards believes we can do it better. She advocates for responsible marketing. This means instead of playing mind games or hiding their agendas, advertisers should work to tell accurate and honest stories. They should also be especially careful with marketing to children.

And it’s not just advertising. Other forms of media can adopt persuasive tactics too. In fact, when a message is disguised as mindless entertainment, it’s easier for the public to accept.

“The American motion picture is the greatest unconscious carrier of propaganda in the world today,” wrote the founder of modern advertising tactics, Edward Bernays, in his 1928 book “Propaganda.”

Until media cleans up its act, Edwards cautions people to be aware of the impressions that are being made on their mind. The most effective method is to limit the content you consume and to regularly reflect upon what you truly believe.  It’s a kind of media mindfulness—the more conscious you become of the hypnotic messages triggering your desires, the easier it is to break the spell.

Edwards calls this “guarding the mind.”

“It may be as extreme as not owning a TV or only subscribing to content that gives honest, accurate, unbiased commentary,” she said.

Other examples of guarding the mind include avoiding movies, videos, or music that glorify violence, misogyny, and other forms of disrespect, as well as choosing brands that support the community and promote having a positive self-image.

“It’s about protecting what goes into your psyche,” Edwards said.

What fuels this ever-growing campaign to capture our hearts, minds, and wallets? History shows there is more than just market forces at work.

In the old days, ads were pretty basic—just a description of goods and services. But in the 1920s, Bernays changed the game. Inspired by his uncle, Sigmund Freud, Bernays used psychology to develop a new strategy of marketing that would influence the subconscious mind.

He called this strategy “engineering consent.” In essence, it’s a form of mass hypnosis. It was also the start of mass consumerism—an economic model in which people buy things not just for necessity, but for pleasure, prestige, or even rebellion.

Bernays’s first strategic ad campaign was in 1929. The owners of cigarette brand Lucky Strike were looking to capture the female market, but it was considered taboo for a decent woman to smoke. So Bernays hired some young women, gave them cigarettes, and staged a scene in the New York City Easter parade. He sold the event to the press as a brave display of female empowerment, and referred to the cigarettes as “torches of freedom.” The story ran nationwide, and the number of women smokers skyrocketed.

Today, we would call this a publicity stunt, but back then it marked a profound cultural shift. Life Magazine has listed Bernays as one of the Top 100 most influential Americans of the 20th century.

From Citizens to Consumers

In the past, people’s thoughts and actions were guided primarily by family, tradition, and the natural world. But in the 20th century, advertising became a major force of socialization, turning independent thinking citizens into consumers with malleable dreams and desires.

This transformation was essential to social engineers following the industrial revolution. New technology allowed for production on a massive scale, but for this economic model to work it required a public that was more uniform and predictable.

In “Propaganda,” Bernays argued that the masses needed guidance from an “invisible government” in order to provide social stability. By appealing to the unconscious desires described by Freud, Bernays proved that the masses could be much easier to control.

“We are governed, our minds are molded, our tastes formed, our ideas suggested, largely by men we have never heard of,” Bernays wrote.

Bernays envisioned a few superior “wise men” overseeing the direction of society for the good of the masses, but a different story unfolded in practice. Bernays’s techniques could be used by anyone with a sinister agenda looking to steer the public mind. This included Bernays himself at times. In the 1930s, he started marketing cigarettes as a way to soothe a sore throat and stay slim, despite being well aware of early evidence that smoking caused health problems. He did, however, discourage his own wife’s smoking habit.

Nazi propaganda minister Joseph Goebbels borrowed heavily from Bernays’s work. President Franklin Roosevelt considered hiring Bernays to sell the American public on World War II, but Supreme Court Justice Felix Frankfurter talked him out of it. In a letter to the president, Frankfurter described Bernays and his ilk as “professional poisoners of the public mind, exploiters of foolishness, fanaticism, and self-interest.”