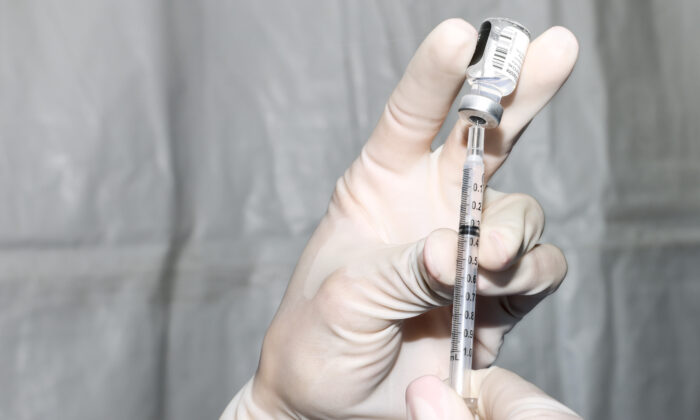 A pharmacy technician prepares a dose of the Pfizer-BioNTech COVID-19 vaccine during a mass vaccination event in the parking lot of Coors Field in Denver, Colo., on Feb. 20, 2021. (Michael Ciaglo/Getty Images)
By Celia Farber