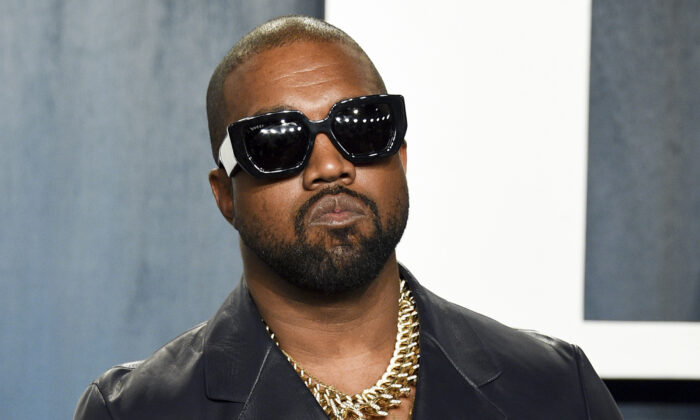 Adidas announced the termination of its partnership with Ye, formerly known as Kanye West, over the rapper’s comments on social media.

Ye (his legal name), one of the most famous and successful black American entrepreneurs in history, has an estimated net worth of $2 billion.

The controversial artist and fashion designer has made a series of comments and appearances in recent months that have been termed offensive and antisemitic.

The German sporting goods maker said it had put its partnership with Ye under review early this month, amid public pressure.

The once strong relationship between the two parties was immediately terminated on Oct. 25.

“Adidas does not tolerate antisemitism and any other sort of hate speech. Ye’s recent comments and actions have been unacceptable, hateful, and dangerous, and they violate the company’s values of diversity and inclusion, mutual respect, and fairness,” the German shoe company said in a press statement.

“After a thorough review, the company has taken the decision to terminate the partnership with Ye immediately, end production of Yeezy branded products, and stop all payments to Ye and his companies. Adidas will stop the Adidas Yeezy business with immediate effect.”

This was less than a month after Ye terminated his partnership with clothing apparel company Gap Inc.

The film-and-television studio MRC and the French fashion line Balenciaga have also distanced themselves from Ye in recent weeks.

“Balenciaga has no longer any relationship nor any plans for future projects related to this artist,” its parent company Kering told WWD last week.

The German sportswear giant said the end of the contract would only have a short-term net negative impact of up to $246 million for 2022, due to strong seasonal sales in the fourth quarter.

However, Adidas’s annual sales would have only grown just 1 percent on average since 2017, compared with the 3 percent under the partnership with Ye, reported UBS.

The company’s executives told CNBC that it would provide more information during its third-quarter earnings announcement on Nov. 9.

Adidas claimed that it was the “sole owner of all design rights to existing products as well as previous and new colorways under the partnership.”

Adidas was facing immense pressure from the public, advocacy groups, and its own employees to finally cut ties with Ye.

The artist said on an Oct. 16 podcast, “I can say antisemitic things, and Adidas can’t drop me. Now what?”

This final statement caused demands on Adidas to intensify, from organizations such as the Anti-Defamation League, StopAntisemistism, and the International Legal Forum, which all denounced Ye on Twitter and applauded the company’s move today.

“In the end, Adidas’s action sends a powerful message that antisemitism & bigotry have NO place in society,” the ADL declared.

A petition was also set up on Change.org by the Campaign Against Antisemitism, which had gathered at least 169,100 signatures by the morning of Oct. 25.

Ye’s talent agency, Creative Artists Agency (CAA), confirmed that it had dropped him as a client on Oct. 24.

“I can confirm that Kanye is not a client,” a CAA representative told CNBC.

Twitter and Meta have also locked his social media accounts over his offensive remarks.

Ye’s Twitter account was restricted after he said he would go “death con 3 on JEWISH PEOPLE.” (Ye likely meant “defcon,” or defense readiness condition, a particular state of alert.)

Elon Musk, who is planning to buy Twitter, tote in a tweet that he spoke with his friend Ye/West and “expressed my concerns about his recent tweet, which I think he took to heart.”

In response to being blocked, Ye told Bloomberg that he had signed a deal to purchase the social media platform Parler.

“In a world where conservative opinions are considered to be controversial, we have to make sure we have the right to freely express ourselves,” Ye said in a release.

Ye’s relationship with Adidas goes back to 2013, and had been mutually profitable, earning the company about $2 billion annually, about 10 percent of its revenue, according to Morningstar analyst David Swartz.

In 2016, the two formed a partnership to manufacture and distribute items from West’s Yeezy clothing line.

Adidas had previously boasted that their partnership has had a “tremendous impact” on its business and was one of the most successful collaborations in its history.

“It has been an important product line for Adidas and has helped bring its North America business back to relevance. It has made Adidas relevant in the collectors’ market and probably allows it to reach a demo that it has missed,” Swartz told CNBC.

Ye grants rights to his Yeezy brand to Adidas in return for royalties of about 15 percent of the sales of the products.

The company in turn designs and manufactures the products, while maintaining ownership of the designs, according to The Wall Street Journal

“Adidas struggles to compete with Nike for top sponsorships, so Yeezy was one big advantage,” he continued.

West had an earlier relationship with Nike, which released the Nike Air Yeezy II, including the famed Red Octobers, but that partnership ended in 2013.

However, Ye told CNBC that Adidas was allegedly “copying” his ideas and has been attacking CEO Kasper Rorsted and other Adidas board members on social media.

The loss of the contract with Ye is another major headache for Adidas, which has been struggling with the key Chinese market, supply-chain issues, and the loss of its Russian operations.

Rorsted said in August that he would be stepping down next year amid his failure to expand in China, forcing the company to search for a new CEO, reported The Wall Street Journal.

Adidas’s share price fell 3.8 percent in morning trading in Frankfurt after the announcement.

Total revenue for the German firm has been down 60 percent this year.