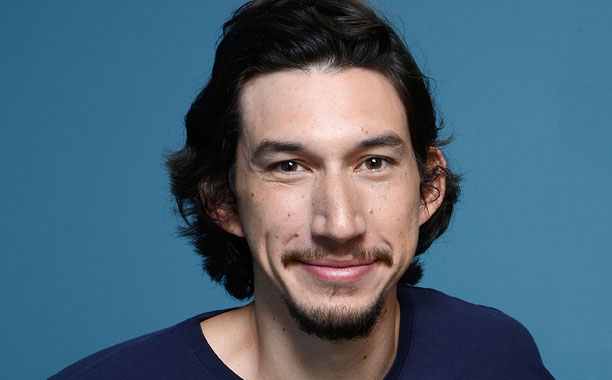 Adam Driver: ‘Girls’ Heartthrob Coming to a Theater or Magazine Cover Near You

JUST WHO IS ADAM DRIVER?

Seemingly out of nowhere (albeit such is never the case) this young Hollywood heartthrob is popping up in critically acclaimed indies and wide release films such as the new Jason Bateman and Jane Fonda film This Is Where I Leave You.   Driver co-stars as the self-centered youngest sibling in this latest Shawn Levy film, where his mere presence somehow manages to leap off of the screen to snatch your attention away from anyone or anything else within the frame.

Prior to This Is Where I Leave You, Driver co-starred in the Canadian indie The F Word (also known as What If), where he as well captivated viewers by stealing every scene that he was blessed to grace.

Now Driver (who also stars as Adam Sackler in the TV series Girls) is currently shooting a role in the much anticipated Star Wars Episode VII film,  and can as well be found on the cover of this months GQ magazine.  This guy certainly either has the best agent in the industry or sheer word of mouth (females ages 14 to 34)  is successfully catapulting him into the annals of Hollywood’s top leading men. Thus far the latter seems to be the case.

Mysteriously handsome, his appeal is indeed a tad difficult to fathom.  At first glance he isn’t rather handsome at all.  In fact you might deem Driver a tad funny-looking.  At second glance you’ll whisper a “….hmmm.”  At third glance you’ll utter a “….Ummm.”  Just what is it about Driver that has all of the young women of Twitter tweeting and swooning?  That nose. Those ears.  Those huge liver-lips.  Why he looks like a cross between Disney’s Dumbo, Camel cigarette’s Joe Camel,  and Alice The Goon from the cartoon show Popeye The Sailor Man. So just what is his appeal?  Driver wouldn’t be able to tell you either.   With regard to landing his love interest role on the tv show Girls, Adam remarked:

“I’m like a sight gag, I have this really big face…I don’t totally get it. I mean, when I read for Girls (2012) I was, like, the script says ‘Handsome Carpenter,’ so someone else is going to get the part. They’ll have someone handsome, not me. I mean, I’m not in any danger of getting leading-man parts.”

Yet Adam Driver is indeed a handsome man, and indeed garnering roles left and right.  Most assuredly, he will soon enough be starring in the role of a leading man.

While his odd array of features might put one in the mind of African American, or Native American ancestry, his biography notes that Driver is of English, Irish, Dutch, and German lineage.

Driver as well exudes an air of confidence on screen that always renders one a tad more attractive. Some may deem Driver to be far more sexy and attractive, as opposed to “handsome,” and this sexiness may indeed be the driving force behind the momentum of Driver’s thriving career.  It’s not everyday that a virtual unknown lands the cover of GQ.

Driver Lands the Cover of this Months GQ

Driver was born Adam Douglass Driver on November 19 1983 in San Diego, California.  He father was Joe Douglas Driver.  His parents divorced,  and Adam was reared by his stepfather who was a Baptist minister.  Adam spent his younger years in Mishawaka, Indiana in church, and where he also acted in high school plays.

After 9/11 Driver enlisted in the Marines and served in Afghanistan for two years before being medically discharged.  He later studied at Julliard, graduating in 2009.  From there he acted in plays and then landed the role in Girls in 2012.

It certainly seems that everywhere one turns they can find Adam Driver.  If you didn’t know who he was prior to reading this blog, you’re certain to bump into his name or face at a movie theater or magazine cover near you.   I’m sure it can be somewhat difficult to stay grounded when your star suddenly takes off and begins to soar.   Driver’s career is young and he has a long road ahead of himself.   The best thing he can do for himself right now is enjoy the ride and not take himself too seriously… otherwise he could surely crash and burn.  Would hate to see that happen.

Driver can be seen right now in theaters across the United States and Canada in The F Word  (U.S. title: What If ) and in Shawn Levy’s lastest release This Is Where I Leave You.