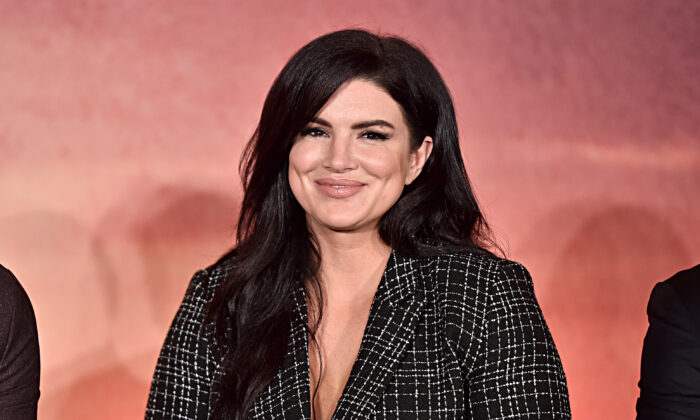 Actress Gina Carano is stripped from her role in the TV series “The Mandalorian” following a controversial social media post, according to a statement from the television production company Lucasfilm that is a subsidiary to Walt Disney Studios.

“Gina Carano is not currently employed by Lucasfilm and there are no plans for her to be in the future,” a Lucasfilm spokesperson wrote in the statement.

“Nevertheless, her social media posts denigrating people based on their cultural and religious identities are abhorrent and unacceptable,” the company spokesperson continued.

Carano has been criticized on social media after she shared a post on Instagram—that has since been removed—comparing the persecution of Jews during Nazi Germany toward current hate toward people with different political views.

“Jews were beaten in the streets, not by Nazi soldiers but by their neighbors … even by children,” the 38-year-old Texas native wrote.

“Because history is edited, most people today don’t realize that to get to the point where Nazi soldiers could easily round up thousands of Jews, the government first made their own neighbors hate them simply for being Jews,” the post continues. “How is that any different from hating someone for their political views.”

Carano’s post has since been deleted after receiving criticism, but the post was already widely spreading and the hashtag #FireGinaCarano became trending on Wednesday.

Other fans, however, showed outrage about Lucasfilm’s move, calling it hypocritical and comparing the actress’s removal to another example of cancel culture. The hashtag #CancelDisneyPlus also trended and a petition titled “bring back Gina Carano” was launched.

It isn’t the first time the actress who played the recurring character Cara Dune, a former Rebel shock-trooper who turned mercenary on “The Mandalorian,” a “Star Wars” series beginning five years after the events of “Return of the Jedi,” came under fire for posts on Twitter.

“Democratic government leaders now recommends we all wear blindfolds along with masks so we can’t see what’s really going on,” she wrote, along with a “Breaking News” picture making fun of politicians.

Carano appeared in multiple blockbuster movies like “Deadpool,” “Fast and Furious 6,” “Haywire,” among others. She is also a former mixed martial artist who pioneered women’s MMA, competing with Strikeforce and Elite Xtreme Combat or EliteXC.