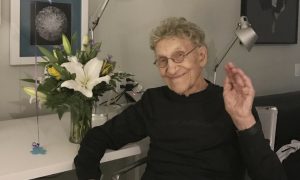 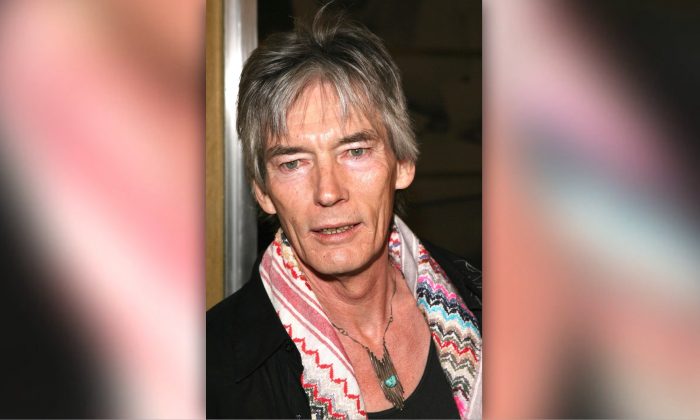 Actor Billy Drago arrives at the premiere of "The Hills Have Eyes" at the Arclight Theatre in Los Angeles, California, on March 9, 2006. (Michael Buckner/Getty Images)
Entertainment News

Drago’s publicity firm was cited by Deadline as saying he passed away on Monday, June 24.

He suffered a stroke, according to the Mirror.

Funeral services are now pending for the iconic actor who, according to The Hollywood Reporter, is survived by his sister Patty, brother Steve, sons Darren Burrows and Derrick Burrows, and several grandchildren.

“He was sinister and understated on screen, sweet and humble off screen. Safe travels, fellow thespian. Well played!”

Film director Timo Tjahjanto wrote: “RIP Billy Drago. What a name, what a face and what a screen presence.”

RIP Billy Drago.
What a name, what a face and what a screen presence. pic.twitter.com/vjdz1gJnAK

A former journalist, Drago transitioned into acting in the late 1970s. He appeared in such films as “Cutter’s Way,” “Windwalker,” and “No Other Love.”

Drago also had roles in “Walker Texas Ranger” and “The X-Files.”

A celebrity death that made headlines recently was that of Beth Chapman, the reality TV star of “Dog the Bounty Hunter.”

Beth Chapman died at age 51 after battling cancer, according to Duane “Dog” Chapman.

“It’s 5:32 in Hawaii, this is the time she would wake up to go hike Koko Head mountain. Only today, she hiked the stairway to heaven. We all love you, Beth. See you on the other side,” he wrote on Twitter.

It’s 5:32 in Hawaii, this is the time she would wake up to go hike Koko Head mountain. Only today, she hiked the stairway to heaven. We all love you, Beth. See you on the other side.

It came after TMZ and other news outlets reported that she was in grave condition.

Beth Chapman had battled throat cancer since her initial diagnosis in 2017.

In May, she announced she wasn’t opting to have chemotherapy.

Previously, the pair had spoken about faith.

The reality TV star said at the time that he’s sticking with his wife no matter what.