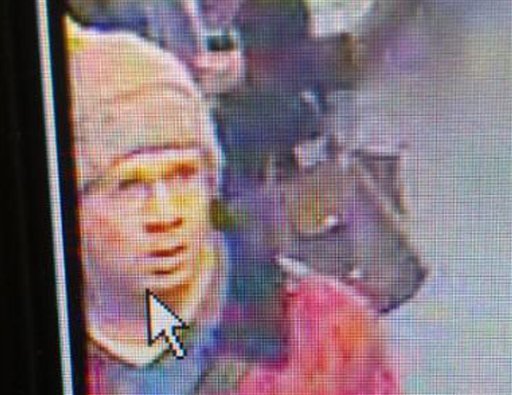 Abdelhakim Dekhar was identified as the Paris shooting suspect on Wednesday.

BFM-TV, one of the media outlets where a shooting took place recently, identified the shooter, who was taken into custody today.

Dekhar was previously sentenced to four years in prison in 1998 for complicity in the Rey-Maupin quintiple murder case. Dekhar was convicted of giving a gun to Florence Rey, whose boyfriend Audry Maupin killed five people in October 1994 in Paris.

Police took a DNA sample of Dekhar and the DNA matches the suspects in the spate of attacks: the first at the prominent daily newspaper Liberation, a shooting outside French bank Societe Generale, a brief hostage-taking in which the suspect hijacked a car, and a similar shooting incident three days before at news network BFM-TV.

Agnes Thibault Lecuivre, a spokeswoman for the French prosecutor’s office, said earlier that “a suspect with a strong resemblance to the shooter” was arrested Wednesday evening in an underground parking lot in Bois-Colombes, 10 kilometers (6 miles) north of Paris.

She could not confirm French media reports that he is being treated in the hospital.

The motive for the attacks are still unclear.

Authorities released video footage and photos of the shooter who was wielding a pump-action shotgun.

The shooting prompted cries of concern about attacks on the media. The culture minister called Liberation — an outspoken left-leaning paper founded by Jean-Paul Sartre that has seen financial difficulties and layoffs in recent years — a “pillar of our democracy.”

Security was tightened at media offices and on the busy Champs-Elysees shopping avenue.

The gunman entered the lobby of Liberation around 10 a.m. Monday and opened fire. A 23-year-old photographer, who works at the paper as a freelance assistant, was in intensive care after being shot near the heart and in the arm.

Police outside the office of the Liberation media outlet. (AP Photo/Thibault Camus)

Less than two hours after the shooting at Liberation, three shots were fired in front of the headquarters of the bank Societe Generale in the Paris suburb of La Defense, according to Parispolice. Societe Generale said no one was hurt.

Less than an hour later, a man called police to say he had been taken hostage by a gunman in the town of Puteaux, next door to La Defense. Police said the gunman forced his hostage to drive six kilometers (3 1/2 miles) back toward central Paris, then let him go on the Champs-Elysees.

Three days before at BFM-TV, an armed man threatened journalists with a shotgun in the news network’s lobby before fleeing.

He left behind unused cartridges, and told witnesses, “Next time, I won’t miss,” according to authorities. It was unclear whether the gunman’s weapon malfunctioned or whether he chose not to shoot.