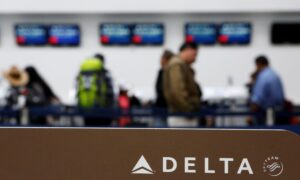 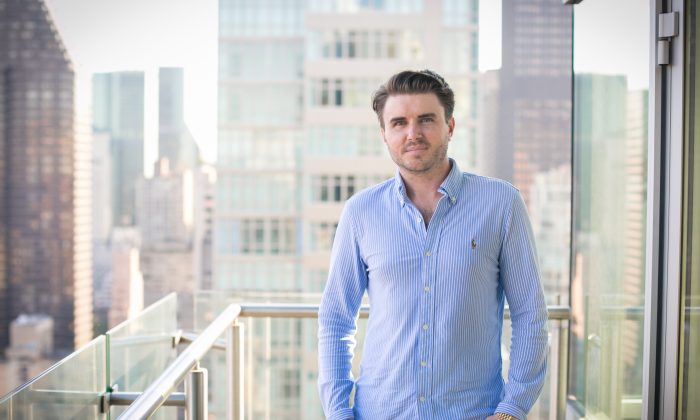 NEW YORK—Entrepreneur Sam Ovens figured out early on that becoming a millionaire was not a pipe dream. At the age of 21, he dropped out of college, broke and depressed. By the time he was 25, he was a millionaire.

Ovens, who is originally from New Zealand, achieved something truly unique. He became a consultant to consultants and made over $10 million. From his luxury apartment in Manhattan, he now runs a global e-learning business.

Americans are much more encouraging and hungry for life improvement.
— Sam Ovens, entrepreneur

He was living and working in New Zealand. But he realized that 98 percent of the buyers of the course were Americans. So he decided to move to the United States with his girlfriend and his cat a year ago.

“Americans are much more encouraging and hungry for life improvement,” he said.

Ovens was once invited to a beach house on a private island owned by an entrepreneur.

“I looked around and thought there was no way I could ever buy an island with my job at Vodafone,” he said.

And that is when he decided to become an entrepreneur.

Ovens started out by launching a recruitment website in New Zealand. It was for job seekers to post their profiles instead of employers posting jobs. He started his business while he was still in school and working as an intern at Vodafone.

“I started getting frustrated, trying to balance everything. I stayed in that pain for four or five months. Then I decided to quit my job and my college and went full time with my business,” he said.

The business was a complete failure. He lost everything.

“The big lesson is that you have to sell something that the market actually wants,” he said.

“It was painful. But I am glad that it did happen because it really laid the foundation for my success today.”

Later, he launched successful businesses, including the property inspection software called SnapInspect and the consulting services.

He realized that most small-business owners were baby boomers and knew nothing about digital marketing, an area he became good at through his software business.

“Helping clients get customers is absolutely the most important thing,” he said.

He was making more than $2 million a year from consultancy. People were surprised to see him growing his business fast.

He started giving courses to consultants on Skype, teaching them how to build and grow successful consulting businesses. After seeing that his students were also getting good results, he decided to turn the business into an online course.

“I was thinking no one else could succeed. But it is amazing to see that they can if you lay out the process properly. And it is kind of annoying, too, because it took me so long to figure out the process,” he said.

Today, 10,000 people have enrolled in his courses. More than 100 people join the online courses every day. And he earns $100,000 a day just by selling these automated webinars.

If I have a negative thought, I write it down. Then I reverse engineer, asking myself, ‘Where is this coming from?’
— Sam Ovens, entrepreneur

His customers include corporate employees who want to quit their jobs, as well as lawyers, doctors, accountants, and students.

His training has helped nine people become millionaires. Thousands of people have quit their jobs to start their own consulting businesses.

Ovens describes himself as an introvert. Initially, it was very hard for him to talk to people and pitch his business. It took him a long time to make a breakthrough. “For me, the pain of failure was more painful than the pain of talking to people,” he said.

Another great challenge he had to overcome was a negative self-image.

“When I first started, I was constantly second-guessing myself. I did not have any big successes or testimonials. I did not really believe that I was even worth someone paying for.”

Ovens was inspired by the book “Psycho-Cybernetics” written by Maxwell Maltz in 1960, which explains how one’s self-image is created, and how one can change it.

“If I have a negative thought, I write it down. Then I reverse engineer, asking myself, ‘Where is this coming from?’ It took me a long time to fix it. But I was able to rewire it all.”

Ovens is happy to be living and working in New York.

“New York makes me think bigger. I am poor in New York compared to other people. No matter how hard I work and how much money I make, I feel poor here. That motivates me. That is why I chose this city,” he said.

For Oven’s FREE webinar training called “How I Get 30-50 High Ticket Coaching And Consulting Clients Every Single Month With Predictability Down To The Dollar And Day,”  visit HighTicketConsultant.com

Disclaimer: Sam’s free training is over 60 minutes in length. At the end of his presentation, he will offer a paid online training program. Should you decide to buy it, a percentage of proceeds will benefit Epoch Times.