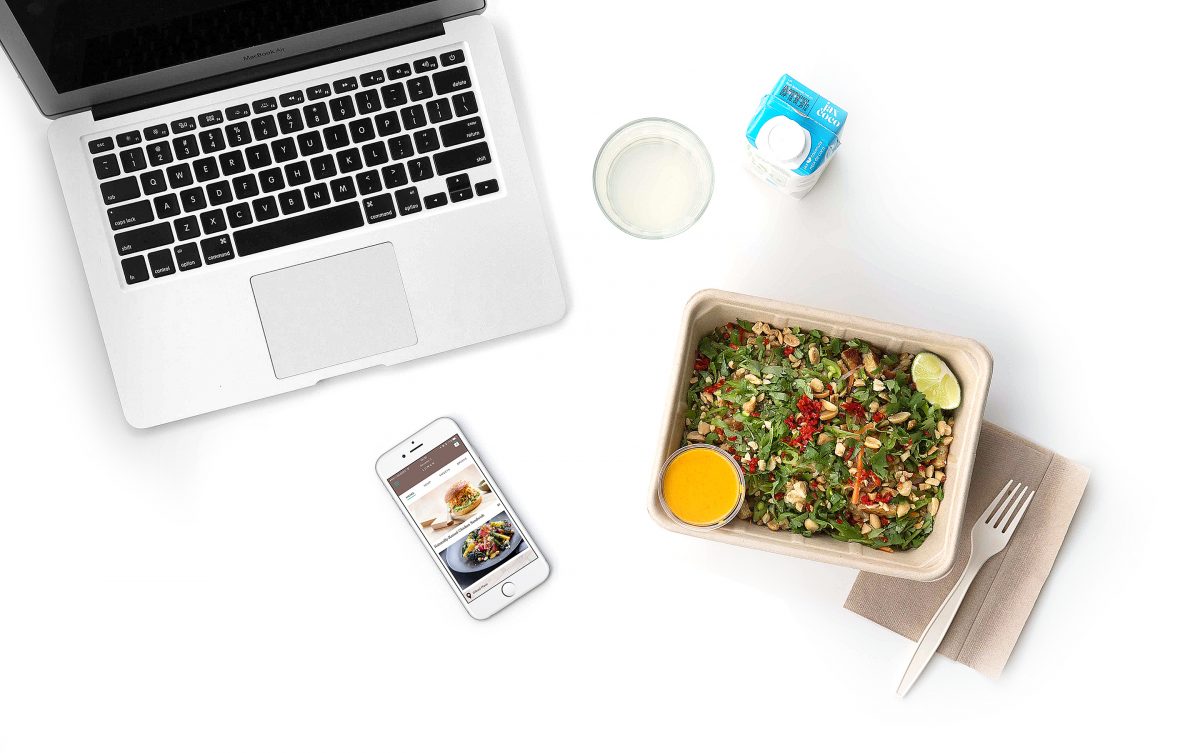 The future of the workplace pantry is about healthier food options, and more of them. (Courtesy of Feast)
Better Living

A Workplace Wellness Program That Works

“How do you wipe out the nation’s heart disease epidemic?” According to the Center for Science in the Public Interest, one of the best approaches for preventing the disease in the first place is the “CHIP program,” which tells people to eat more whole plant foods, and less meat, dairy, eggs, and processed junk.

It is considered to be “a premier lifestyle intervention targeting chronic disease that has been offered for more than 25 years,” through which more than 50,000 individuals have gone. And, most CHIP classes are run by volunteers, “sourced primarily through the Seventh-Day Adventist Church, which has an interest in positively influencing the health of their local community.” Why the Adventists? Well, they have “a health philosophy built around [a] biblical notion that the human body” should be treated as a temple, and many of the participants of the program are Adventists, too. Is that why the program works so well—because they just have faith? You don’t know, until you put it to the test.

“The Influence of Religious Affiliation on…Responsiveness to the Complete Health Improvement Program.” They looked at 7,000 participants. Even though Adventists make up less than 1% of the U.S. population, about one in five CHIP-goers were in the Church. How did they do compared to the non-believers? “Substantial reductions in selected risk factors were achieved” for both Adventists and non-Adventists, but some of the reductions were actually greater among the non-Adventists (non-SDA). “This indicates that [Seventh-Day Adventists] do not have a monopoly on good health.”

Middle-class, educated individuals also disproportionally make up CHIP classes. Would it work as well in poverty-stricken populations? We didn’t know… until now. How about trying to reduce “chronic disease risk factors among individuals living in rural Appalachia,” one of the poorest parts of the country? Conventional wisdom has been that you need to have some “financial ‘skin in the game’” to really commit to lifestyle change programs. So, if offered for free to impoverished communities, maybe the results wouldn’t be as good. But, “[t]he overall clinical changes [were] similar to those found in other 4-week CHIP classes throughout [the U.S.],” suggesting CHIP may benefit across socioeconomic lines and “independent of payment source.” So, why don’t employers offer it free to employees to save on healthcare costs? CHIP is described as “achieving some of the most impressive outcomes published in the [medical] literature,” clinical benefits and “cost-effectiveness” as well.

Lee Memorial, a healthcare network in Florida, offered it to some of their employees as a pilot program. Sadly, healthcare workers can be as unhealthy as everyone else. They reported an average 17-pound weight loss, 20-point drop in LDL cholesterol, and blood pressure normalization in most participants. They invested about $38,000 to make the program happen, but then saved, just in that next year, $70,000 in reduced healthcare costs, because they became so much healthier, for a financial return on investment of like 1.8 times what they put in. But, there hadn’t been an ROI study published in a peer-reviewed medical literature… until, Dexter Shurney stepped up to the plate, and published this workplace study out of Vanderbilt.

Now, “[t]here was a high degree of skepticism at the planning stage of the study that active engagement could be realized…around a lifestyle program that had as its main tenets exercise and a plant-based diet.” Vanderbilt is, after all, in Tennessee—smack dab in the middle of the stroke belt, known for their Memphis ribs. Yet, they got on board enough to improve their blood sugar control and cholesterol, as well as “positive changes in self-reported…health and well-being.” “Health-care costs were substantially reduced.” For example, nearly a quarter were “able to eliminate one or more of their medications,” and so, got about a two-to-one return on investment within just six months—providing evidence that just “educating a member population about the benefits of a plant-based, whole foods diet is feasible and can reduce…health care costs.”

The largest workplace CHIP study done to date involved six employee populations, including, ironically, a drug company. A mix of white collar and blue collar, and check out what happened to the worst off. Those starting with blood pressures up around 170 over 100 fell down to around 140 over 85. Those with the highest LDL cholesterol dropped 60 points, a 300-point drop in triglycerides, a 46-point drop in fasting blood sugars. Theoretically, someone coming in with both high blood pressure and high cholesterol might experience “a 64 to 96% reduction in overall risk of” a heart attack, our #1 killer.

“For the cost of a Humvee,” Michael Jacobson from CSPI figured, “any town could have a CHIP [program] of its own.” And: “For the cost of a submarine or a farm subsidy, the entire country could get a CHIP on its shoulder.”