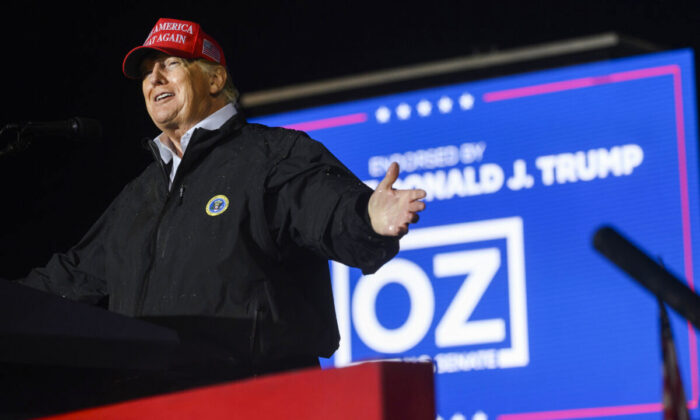 Former President Donald Trump applauded for a 100-6 primary endorsement record in the run-up to the 2022 midterms, following a mixed result—including a series of setbacks—in Georgia on May 24.

“What a long distance you’ve come,” Trump said during a congratulatory speech over the phone at the victory party. “And I’m only going to be more proud of you after November,” he added.

“A very big and successful evening of political endorsements,” said the former president. “All wins in Texas (33 & 0 for full primary list), Arkansas, and Alabama. A great new senatorial candidate, and others, in Georgia,” he added, referring to Walker.

According to Ballotpedia, in 2020, 141 of the 183 candidates that Trump endorsed triumphed in their races.

Republicans are favored to win control of Congress in the Nov. 8 elections, which would grant them the power to halt Democratic President Joe Biden’s legislative agenda.