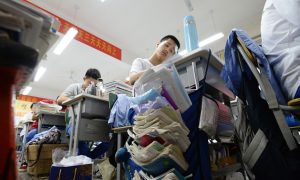 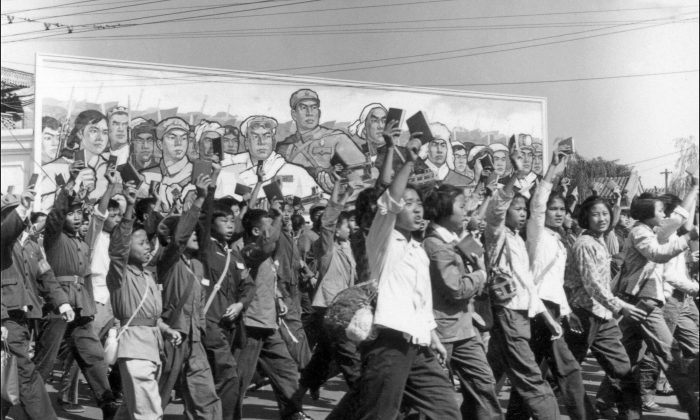 A Reenactment of the Chinese Cultural Revolution in the 2020 Election

As someone who has experienced living in communist China, I was reminded recently—by the mainstream media’s reporting on President Donald Trump—of the Cultural Revolution. No matter how good someone is, the Chinese Communist Party (CCP) fabricates lies to tarnish one’s reputation; the CCP has said, “A lie repeated a thousand times becomes the truth.”

A campaign of slander that began when Trump ran for president four years ago continued its course into the Spygate scandal and the baseless impeachment attempt. The influential mainstream media—a leftist propaganda machine—is trying to control how people should think. The mainstream media didn’t report the truth, including the president’s communications and his accomplishments; the media ignored facts and further altered the dialogue to a negative narrative.

What’s more strange is that they don’t tolerate other media reporting the facts; they utilize their influence to attack or suppress competing media outlets. Examples include The New York Times’ biased investigative reporting on The Epoch Times, a truthful journalism outlet.

I suspect that the malicious campaign against Trump is because of his tough stance on the CCP and that he wants to make America great again. While working tirelessly for the greater good of America and the people, Trump has shown that he isn’t afraid of the left-wing media’s slander and accusations.

The leftist mainstream media have played an enormous role in influencing public opinion. If they want to defame someone, they will run negative stories, regardless of whether they are real or fake; after a while, the general public will form a negative impression of that individual. When it’s time to destroy that person’s reputation, the media can easily add on more “scandal,” more false accusations.

Then, the elite politicians take away the victim’s power or convict him of the “crime,” and thus, the leftists have succeeded in their goal. In the CCP’s dictionary, it’s called “the justification of the rebellion.” Mao Zedong said the core tenet of Marxism is “to rebel is justified.”

The Epoch Times, which was founded by Chinese expatriates, saw the so-called mainstream media’s deliberate hijacking of public opinion as replaying an old tune; it also saw the lies and fears created by the left as following the same old script. The facts and truths it reports have fully exposed the specters of the CCP and communism.

The way the leftist media treats Trump is just like how the CCP treated a dissident during the Cultural Revolution; how they acted in the 2020 election is just like how the CCP usurped power and solidified its totalitarian regime in China. Those who were bribed and used will be abandoned or disposed of in the end; they will likely suffer a tragic fate.

The CCP deceives and exploits the minorities and the majority of the poor under the guise of “taking care of them.” Once the leftists of the communist specter seize power, these stepping stones will be the specter’s human sacrifices. If one reads the statements of those Chinese people who have renounced the CCP on the Tuidang website, one can get a sense of how those people have awakened from the CCP’s lies and deceits.

It’s the same for those leftist media and politicians who are attacking The Epoch Times. I believe that when Joe Biden is no longer useful to the CCP, he will be abandoned by the Party. We shall see!

Socialism has been grinding America down, and the terror of communism is so evil. If socialism takes over America, it will abolish the U.S. Constitution; it will destroy traditional American values just like what happened to China under the communist reign.

In China, the communist leadership and Marxism-Leninism have been written into the constitution, and communism has destroyed 5,000 years of history and culture. Although some so-called freedoms are written in China’s constitution, they were never implemented or protected. As someone who has lived in Communist China for decades and gone through persecution, these are etched in one’s memory.

This truth is simple, but leftists—the agents of the communist specter in the United States and politicians infiltrated by the CCP—lied to the public and tried to keep it hidden. They attacked Trump by smearing his reputation and used propaganda to suggest that what he supports—fighting against communism and socialism—is also wrong … because precisely what the leftist politicians and leftist media want is socialism.

Hence, it was inevitable for the NY Times to attack The Epoch Times, based on this background and purpose.

The leftist media also said in a roundabout way that Falun Gong is bad. Why? Is it because Falun Gong believes in truthfulness, compassion, and tolerance? My advice to these people is that only the CCP opposes Falun Gong and has been persecuting Falun Gong for 21 years. The CCP believes in lies, evilness, and violence, and as a result, it is heading toward inevitable destruction. The whole world knows its wickedness. At the same time, the world as a whole also knows that truthfulness, compassion, and tolerance are good.

I once asked a straightforward question to a group of people, some of whom were leaders of different religions and politicians with different political opinions. “If Jesus, Shakyamuni, and Lao Tze were all here with us in today’s world,” I asked, “do you think they would be opposing truthfulness, compassion, and tolerance?” They thought about it seriously and said, “No.”

Then, I asked, “Who would oppose truthfulness, compassion, and tolerance?” They couldn’t name one at the moment.

Because Marxism, the theoretical basis of the CCP, is both false and evil, in both Eastern Europe and Asia, the CCP has proven that it’s corrupt. The CCP is fake, vicious, and violent, in direct opposition to truthfulness, compassion, and tolerance.

If the election is fair, if we uphold the U.S. Constitution, if we sustain universal values, and if everyone abides by truthfulness, compassion, and tolerance, the world will change for the better.

From a fundamental point of view, for a country and its individual people, if human beings believe in the Creator and morality, miracles can occur.

If everyone’s morals standards are noble and politicians are sincerely working for the country and the people, there will be no more fraud and corruption; people with noble morals will support and care for each other; and our lives can be truly beautiful.