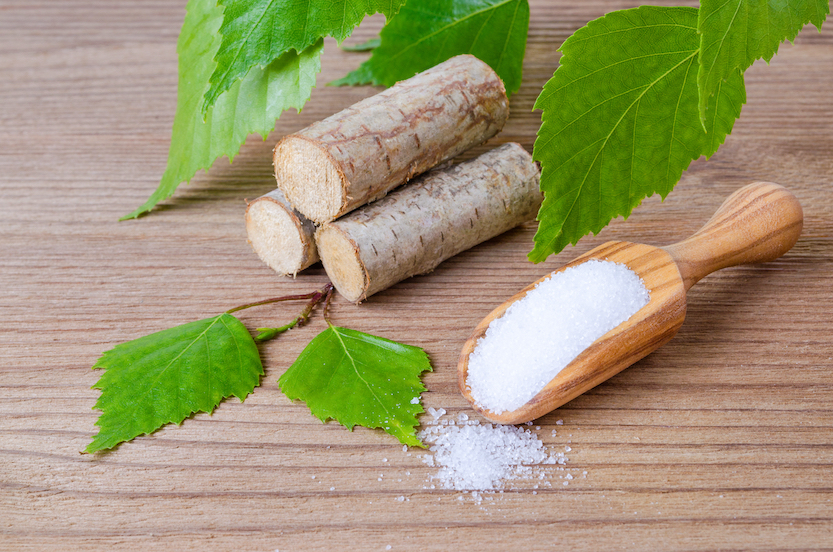 While added sugar comes with added health risks and artificial sweeteners bring their own side effects, xylitol offers a long list of benefits.(nadisja/Shutterstock)
Nutrition

A Natural Sweetener May Fight Viruses and Bacteria

Xylitol is a natural, lower-calorie sweetener that offers a long list of health benefits
BY Martha Rosenberg TIMEJanuary 3, 2022 PRINT

With winter now in full swing, natural methods to boost the immune system and reduce the risk of contracting flu, colds and other viruses are invaluable. Xylitol, a popular, natural sweetener extracted from birch trees and found in plums, strawberries, and raspberries, may offer some help in those regards.

Xylitol has significant immune modulation properties that haven’t been widely publicized. Xylitol is mainly only known for its use in the treatment of middle ear infections (otitis media) and for its help in preventing dental bacteria (which can be a marker for stroke and heart attack-related arterial plaque and inflammation).

In fact, research suggests that xylitol may have both anti-bacterial and anti-viral properties, an unusual and welcome combination found in a natural ingredient that might help cut down on harsh prescription drugs.

Xylitol is a sugar alcohol, a group that includes the artificial sweeteners glycerol, mannitol, and sorbitol, and is found in many over-the-counter consumer products such as sugar-free gums like Orbit and Spry, lozenges, syrups, nasal sprays, toothpastes, and mouthwashes. (Despite the name, sugar alcohols do not contain alcohol, or ethanol, found in alcoholic beverages.)

Artificial sweeteners are popular as diet foods because they contain lower calories than foods made with traditional sweeteners and don’t cause a rapid increase in blood sugar and insulin release, which can be harmful. Yet xylitol may well have benefits that its sweetener brethren lack.

How Does Xylitol Fight Bacteria?

According to researchers writing in the journal Nutrients in 2019, ingesting xylitol produces butyric acid, which “promotes the generation of regulatory T-cells”—important fighters in the immune system. But most of xylitol’s ability to fight bacterial infections seems to come from its thwarting of bacterial attachment to the body’s mucosal surfaces, places such as your mouth, throat, and digestive tract. Attachment to mucosal surfaces or “mucosal association” is a key way that many microorganisms achieve infection, researchers noted in a 1996 issue of the journal FEMS Immunology and Medical Microbiology. Xylitol appears to disrupt this process.

The C. difficile bacterium causes severe diarrhea and colitis and can result from antibiotic use, a weakened immune system, or a recent hospital or nursing home stay. Those 65 or older are more vulnerable to C. difficile infection.

Studies suggest that the sweetener also appears to discourage bacteria from attaching to mucosal surfaces in the lungs. According to research published in the Journal of Laryngology & Otology in 2014, “Xylitol has anti-adhesive effects on micro-organisms like Streptococcus pneumoniae and Streptococcus mutans, inhibiting their growth.”

Both the alpha-hemolytic and beta-hemolytic strains of Streptococcus are discouraged from attaching and setting up house by the presence of xylitol, the Nutrients researchers wrote.

Xylitol may also fight Staphylococcus infections, a type of bacteria as common and potentially dangerous as Streptococcus.

When 250 microliters of 5 percent xylitol were sprayed into the nostrils of 21 healthy volunteers for 4 days, the presence of staph bacteria was reduced when compared with a control group that only received saline treatment, the Nutrients researchers reported.

The Nutrients researchers also cite research that suggests there are anti-bacterial benefits when xylitol is applied topically. Xylitol reduced the bacteria Pseudomonas aeruginosa, Staphylococcus aureus, and Enterococcus faecalis when applied to wounds in human subjects compared with the application of only water. Xylitol also reduced biofilms, which are slimy areas of bacterial buildup like dental plaque.

Xylitol may also represent good news in the fight against viruses such as influenza and colds which, of course, antibiotics can’t treat. (In fact, the prescription of antibiotics for viral conditions drives antibiotic-resistant bacteria and is widely discouraged by health agencies such as the FDA.)

One promising example is influenza. Writing in the journal PLoS One in 2015, researchers found that xylitol, combined with red ginseng, was effective in “ameliorating influenza-induced symptoms” related to influenza A. One version of influenza A is H1N1, also called swine flu, which caused a worldwide pandemic in 2009.

When the amount of xylitol found in the mixture was increased, but not the ginseng, the researchers wrote, its anti-influenza effects also increased and the treatment reduced virus titers—or concentrations—after the infection.

“This protective effect of xylitol should be considered in relation to other diseases,” the researchers wrote.

Anti-viral effects are also suggested by the Nutrients researchers, particularly with respiratory syncytial virus (RSV), a common virus that is currently on the rise. While RSV can be mild when contracted by adults and older children, it can be serious in infants. Mice given dietary xylitol along with phosphate-buffered saline for 14 days before exposure to RSV and three days afterward had lower RSV titers than control groups that were only given phosphate-buffered saline, the researchers reported.

Of course, the main virus on the public’s mind is COVID-19, and two nasal products containing xylitol have been investigated as possibly useful treatments. A study of one nasal spray containing Iota-carrageenan (a type of red algae) and xylitol was published in the journal PLoS One in November 2021; the researchers wrote that the combination “may increase the benefit of a formulated nasal spray” in the fight against COVID-19. The research was funded by Amcyte Pharma Inc., the maker of the preparation.

Research pertaining to another COVID-19-targeting nasal spray was published in 2020 in the journal Cureus. This spray contained xylitol and grapefruit seed extract. Three patients with mild to moderate symptoms from the virus showed “rapid clinical improvement” and a shortened time to a negative COVID-19 intranasal swab test when the nasal spray was an adjuvant to their ongoing treatment, the authors wrote. The research was funded by Xlear Nasal Spray®, a commercially available product that combines the two ingredients.

Adding xylitol to a nasal spray has also been studied in the restoration of smell in COVID-19 patients and in their amount of viral shedding.

Xylitol is considered a prebiotic and can improve bowel motility and function, according to many medical sources. Increased xylitol in the digesta increases water retention in the digesta and has possible laxative effects, providing constipation treatment, the Nutrients researchers write. However, excessive intake of xylitol may produce diarrhea.

The butyric acid produced by ingesting xylitol is also associated with a reduced risk for colorectal cancer; xylitol may even have the ability to increase bone density and/or prevent bone resorption according to research conducted on animals published in other journals.

A Word of Warning

Can a natural substance as “sweet” as xylitol have any drawbacks? Yes! While xylitol is thought to be remarkably safe in humans, it isn’t safe for dogs. In 2019, the Food and Drug Administration (FDA) warned that xylitol can be deadly for dogs.

While xylitol doesn’t stimulate the release of insulin in humans, it quickly floods the bloodstream of dogs with insulin, which can produce hypoglycemia—a decrease in blood sugar levels—and can be toxic. Symptoms can include dogs vomiting, staggering, collapsing, and experiencing seizures. In addition to storing xylitol where a dog can’t reach it, the FDA recommends reading all ingredients on dog food labels, especially foods called sugar-free or low sugar.

So, risk to man’s best friend aside, xylitol is a sweet way to gain several health benefits, including a stronger immune system that’s better able to fight off viruses and bacteria this winter.