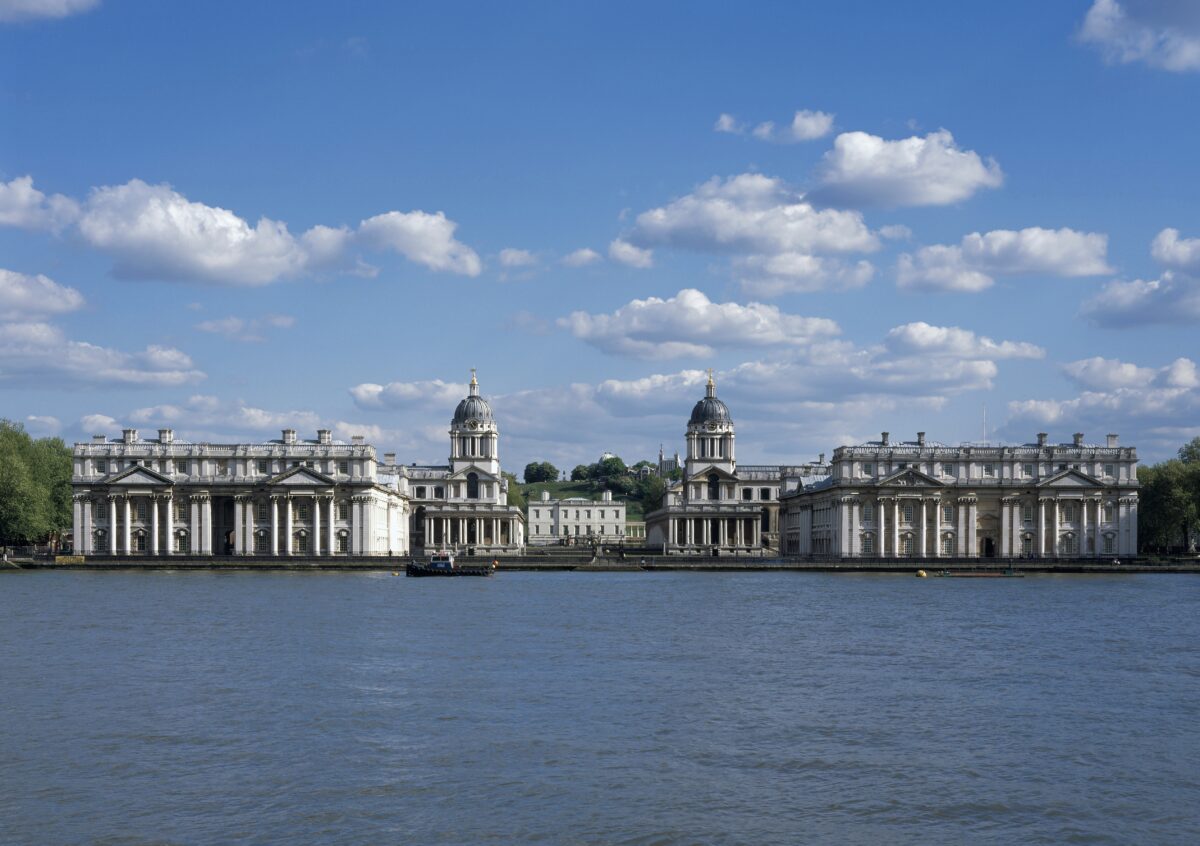 Larger Than Life: Art that inspires us through the ages
BY Epoch Times Staff TIMEJanuary 10, 2021 PRINT

Known as “the father of the royal navy,” Henry made substantial investments in his fleets. Located beside the River Thames, the palace site was ideal for Henry to be close to the docks where his favorite warships, the Great Harry and the Mary Rose, were moored.

Traces of the Tudor palace do remain on the site, but most of the palace was destroyed after it fell into disrepair during the English Civil War (1642–1651).

In place of the palace is an astounding testament to Britain’s maritime history: the magnificent baroque-style Old Royal Naval College, built during the late 17th to early 18th century.

Before her death, Queen Mary II (1662–1694) commissioned the Royal Hospital for Seamen to be built at Greenwich for Royal Navy retirees, although it was more of an almshouse than a hospital. It took over 50 years to build and operated from 1694 until 1869. The hospital became the Royal Naval College from 1873 until 1997.

Although preeminent architect Sir Christopher Wren was appointed architect for the new hospital, he was busily rebuilding over 50 churches after the Great Fire of London, so his assistant Nicholas Hawksmoor completed most of the work.

Wren believed that “architecture aims at eternity,” and as such, he wanted the hospital’s design to be timeless, said Will Palin, former head of conservation at the Old Royal Naval College, in an audio recording.

The college complex consists of four courtyard buildings that sit on either side of a path that leads to the River Thames. The purpose of this design was to allow the view of the river from the Queen’s House, which was set farther back, to be unimpeded.

Built from white Portland stone, the buildings mirror one another with a series of columns, capitals, pediments, and colonnades, all of which lead to a harmonious design. Under the matching domes are the St. Peter and St. Paul Chapel and the Painted Hall, which is a banquet hall.